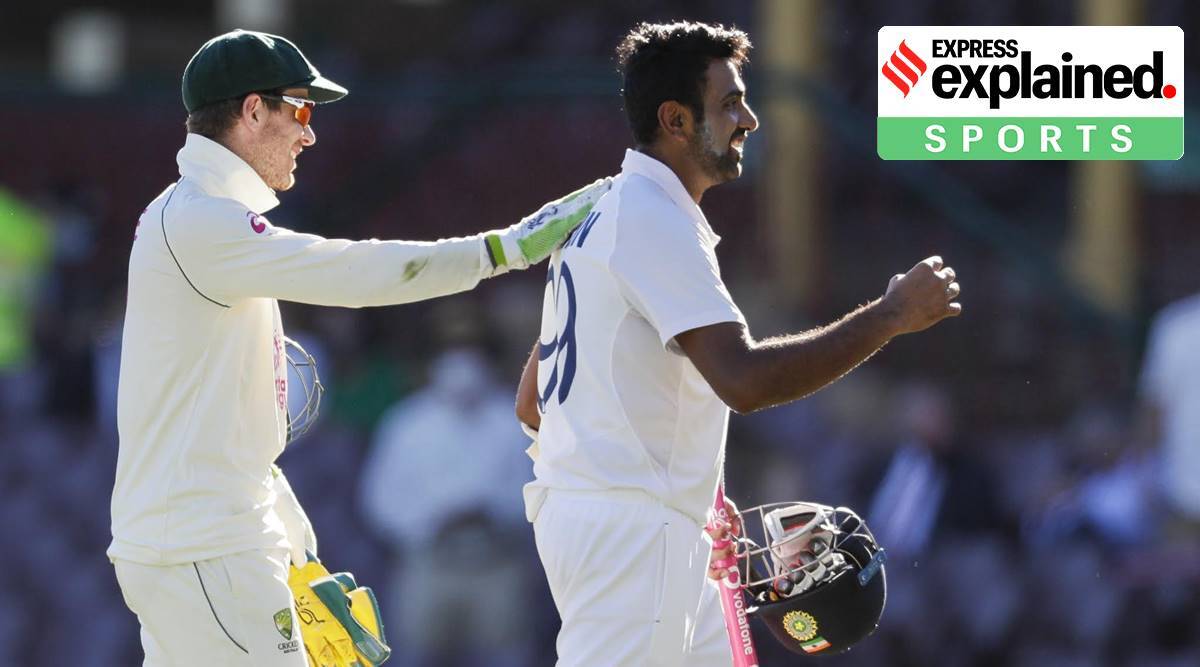 The series standing at 1-1 going into the fourth Test in Brisbane but an Indian team which is turned into the “mini hospital” would be walking away with a lot of pride. Determination and a lot of character were on display at the Sydney cricket Ground as R Ashwin and Hanuman Vihari battle through the entire final session with India increasing out a hard-fought draw. The fortunes of the third test between india and Australia with both teams in with chance to pull off respective wins in the first two sessions. Both side had their chance to push for a win, a draw looking highly impossible at one stage.

When the fifth day started with 97 overs to survive in the day and eight wickets in hand , Rishabh Pant and Cheteshwar Pujara  had set up india’s  fight early in the day with a century stand that even gave the team a chance of a win initially, The highest praise will be kept for vihari and Ashwin for the character they showed , they two come together against the second new ball when there were more than 40 overs left in the day , an under-pressure Vihari had already hurt his hamstring , and Ashwin was Welcome by a barrage of short balls that  dented his body .

Smith say Just eleven days into the year and we already been treated with a game that will go down as one of the best team of 2021. There have been plenty of off field stuff going on, but the duel between these two top sides has been enthralling to say the least, india fought really hard to save the game say Steve smith.

.  Nathan Lyon Bowl 46 over in second innings to save the game.

. Pant hit 97 Runs to save the game as he can promoted up in batting order.

. Cricket Australia could slap indefinite bans on any fans found to have racially abused the visiting India players.

.The Indian team has lodged Official complaint on Saturday after bowlers jasprit  bumrah and siraj complained.

. Brisbane hosts the fourth and final test from Friday.