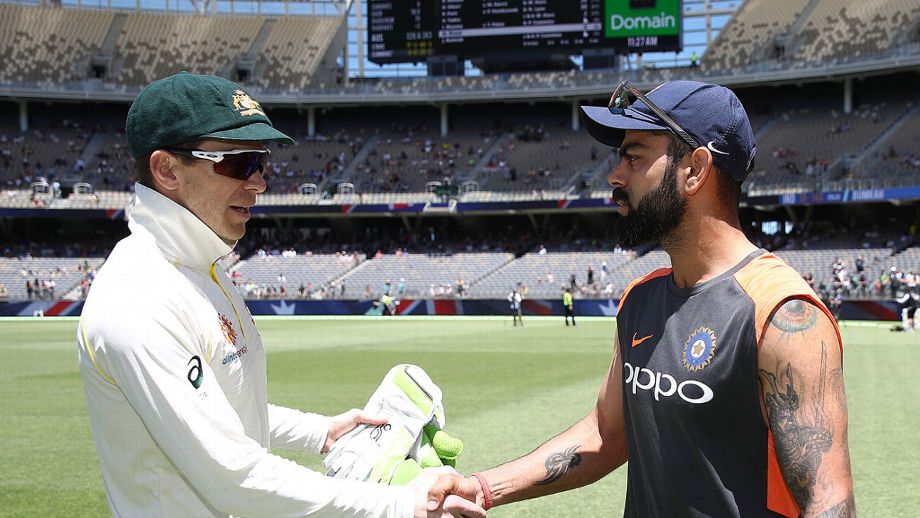 The schedule for India’s tour to Australia has been rubberstamped with Adelaide to host a day-night Test as part of the four-match series. Melbourne is also set for the traditional Boxing Day Test with a crowd of up to 25,000, although it is yet to be confirmed whether families of the Indian players will join the tour.

The ODIs will start on November 27 – just two days after the players complete quarantine – followed by matches on November 29 and December 2, with the T20Is on December 4, 6 and 8. The first Test in Adelaide will begin on December 17. Ahead of the Test series, India A will play Australia A at the Drummoyne Oval from December 6-8, followed by India playing Australia A in a day-night warm-up match at the SCG from December 11-13.

The Australia A sides may feature a number of members of the Test side to give them a chance of red and pink-ball practice ahead of the series. For David Warner, Steven Smith, Pat Cummins and Josh Hazlewood returning from the IPL, it would be their only chance of preparation. The first batch of Sheffield Shield matches in Adelaide conclude on November 11.

Last week, the New South Wales government signed off on allowing the India squad – and Australia players returning from the IPL – to quarantine and train in Sydney after Queensland had raised issues. Capacity for some family members to join the tour has been built into the plan by the NSW government, but it will be decided between Cricket Australia and the BCCI how those spots are filled. Earlier this week, BCCI president Sourav Ganguly indicated he expected families to be able to travel.

“We are working that through at the moment with BCCI and the Australia government,” Nick Hockley, the Cricket Australia CEO said. “It would have to be a compelling case for families to come but that’s something we are working through.”

Stuart Ayres, the NSW Minister for Jobs, Investment, Tourism, said: “We’ve built provision for some family members to be in the bubble, they have to follow all the same requirements that are placed on other internationals or Australians returning home. The amount of people who fit into that will be a discussion between CA and the BCCI. How they make those selections by those two, but they have to pick within the Covid-safe plan that the NSW government has approved.”

This week, the Victoria Premier, Daniel Andrews, said he was confident of having a crowd at the Boxing Day Test as Melbourne emerged from a four-month lockdown on Wednesday and the figure being worked towards currently is 25,000 spectators – a quarter of capacity.

“The Victorian Government, MCC and Cricket Australia will develop a rigorous Covid-safe plan based on the most up-to-date public health advice to enable a limited number of fans to safely attend the Test this year,” Victorian Minister for Sport Martin Pakula said. “Crowd numbers will be confirmed closer to the match but will be capped at around 25,000 spectators.”

The schedule announced on Wednesday will require the border between New South Wales and Victoria to be open by the end of the year to allow teams to travel between the second and third Tests.

“We were really encouraged by comments coming out from national cabinet last week around borders opening before Christmas so that will allow us to deliver the schedule,” Hockley said. “As we do for any series we have contingencies but we are planning full steam ahead and hopefully we won’t have to use them.”

“Across all three formats, Australia and India represents one of the great rivalries in world sport and we are delighted to welcome Virat Kohli’s outstanding squad to Australian shores this summer,” Hockley added in an earlier statement. “We have worked closely with the BCCI for many months to bring this tour to life, and I cannot speak more highly of the professional, thorough and collaborative manner with which they have approached this tour in these extraordinary and complex times.

“I would like to express my gratitude to everyone at the BCCI for the faith and support they have shown in the plan we have developed, which we believe will result in a safe and successful summer for all involved.

“We would also like to especially thank the NSW Government for allowing players from both teams to safely prepare during quarantine, as well as other governments and health authorities who have worked with us to host a series which, I have no doubt, will live long in the memories of all who experience it.”

India announced their Test squad as well as limited-overs squads earlier this week with the small group of players and coaches not involved at the IPL heading to Dubai shortly from where they will all travel to Sydney on a charter flight with the Australian players after the tournament finishes on November 10. The players will have exclusive use of a hotel at the Sydney Olympic Park and will train at Blacktown.