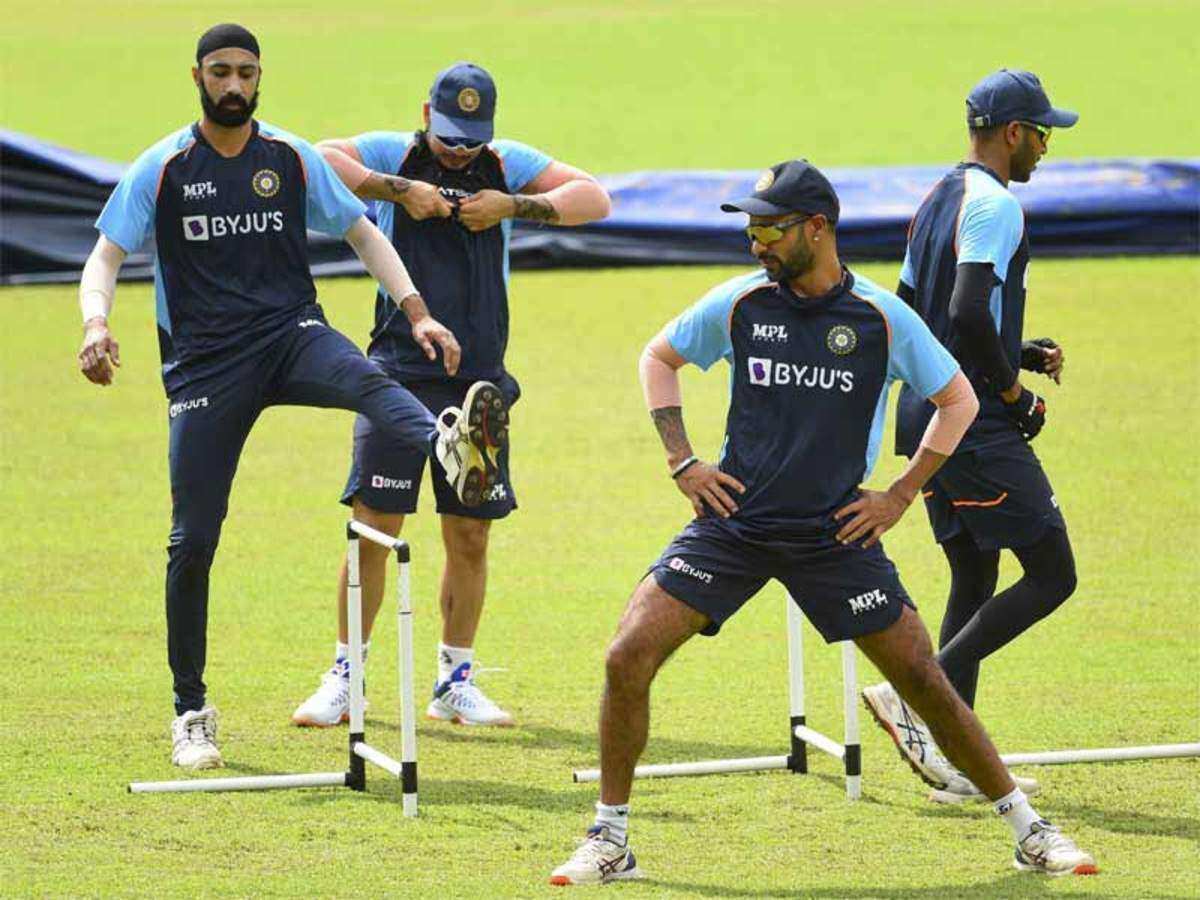 Ind vs SL: While Niroshan’s confirmation was given on Friday, Sri Lanka’s batting coach Flower tested positive for COVID-19 on Thursday, 48 hours after the squad’s arrival from England.

The limited-overs series between India and Sri Lanka has been postponed due to Covid-19 cases in the home team’s camp. Sri Lanka’s batting coach Grant Flower and data analyst G T Niroshan had tested positive for Covid-19 upon their return from their tour to England. The cases have forced Sri Lanka Cricket to extend the quarantine period of the Sri Lanka players from the stipulated three days.

This has in turn pushed back the start of the series to another date. The first ODI will now start on July 17 instead of July 13.

“Yes, the series will now start from 17th of July instead of 13th. The decision was taken in consultation with SLC keeping the safety and security of players in mind,” a senior BCCI official told PTI, confirming the development.

After talking to sources in SLC, it has been learnt that new dates are still being chalked out in consultation with the BCCI. The tentative dates could be July 17, 19 and 21 for the 50-over games, while the three-match T20I rubber is likely to start from July 24.

We are discussing a few options on the fresh itinerary,” a source in SLC told PTI.

As per the original schedule, the series was to start with the ODI leg on July 13, followed by matches on July 16 and July 18. The T20I games were scheduled for July 21, July 23 and July 25.

The second-string Indian team, being led by Shikhar Dhawan with Rahul Dravid as chief coach, has completed its hard quarantine and has been training in Colombo.

The SLC source informed that all the Sri Lankan players who came back from UK have tested negative.

“Once the contingent returned from the UK, Grant tested positive on arrival in RT PCR on the first day. All other players were then in their respective room (hard) quarantine. We removed Grant immediately in separate isolation zone. He is asymptomatic,” the source added.

“Yesterday we tested the others once again and today G T Niroshan’s report came positive and he was also isolated. Since we didn’t receive any other positive reports as of now, it means that the players who returned from UK have tested negative in their second RT PCR test.”

The series is now being pushed back by four days despite the SLC keeping two groups of players in separate bio-bubbles.

“Apart from the UK-returned batch, we have created two more bio-bubbles in Colombo. In one bubble there are 13 players and in another there are 26. So, 39 players are available to pick a squad from. But BCCI would like to play the first team for obvious reasons,” the SLC source said.

Since the Sri Lanka white-ball team doesn’t have any commitments after this, the rescheduling wasn’t a big problem.

With all the games at the Premadasa Stadium, the dates can be kept flexible as no travelling is involved.

The Indian team is staying at its preferred location for the last three decades — Taj Samudra.

While Niroshan’s conformation was given on Friday, Sri Lanka’s batting coach Flower tested positive for COVID-19 on Thursday, 48 hours after the squad’s arrival from England.

All the other players who are quarantining have also been tested.

Before testing negative, Sri Lanka’s squad had faced an anxious wait for the results of their RT-PCR tests on returning home, following a COVID-19 outbreak in the England squad after the final match of their tour in Bristol on Sunday.

The Lankans have been in a bit of turmoil even otherwise with a dispute over contracts and an ongoing inquiry into bio-bubble breach by three players during the England tour adding to their woes.