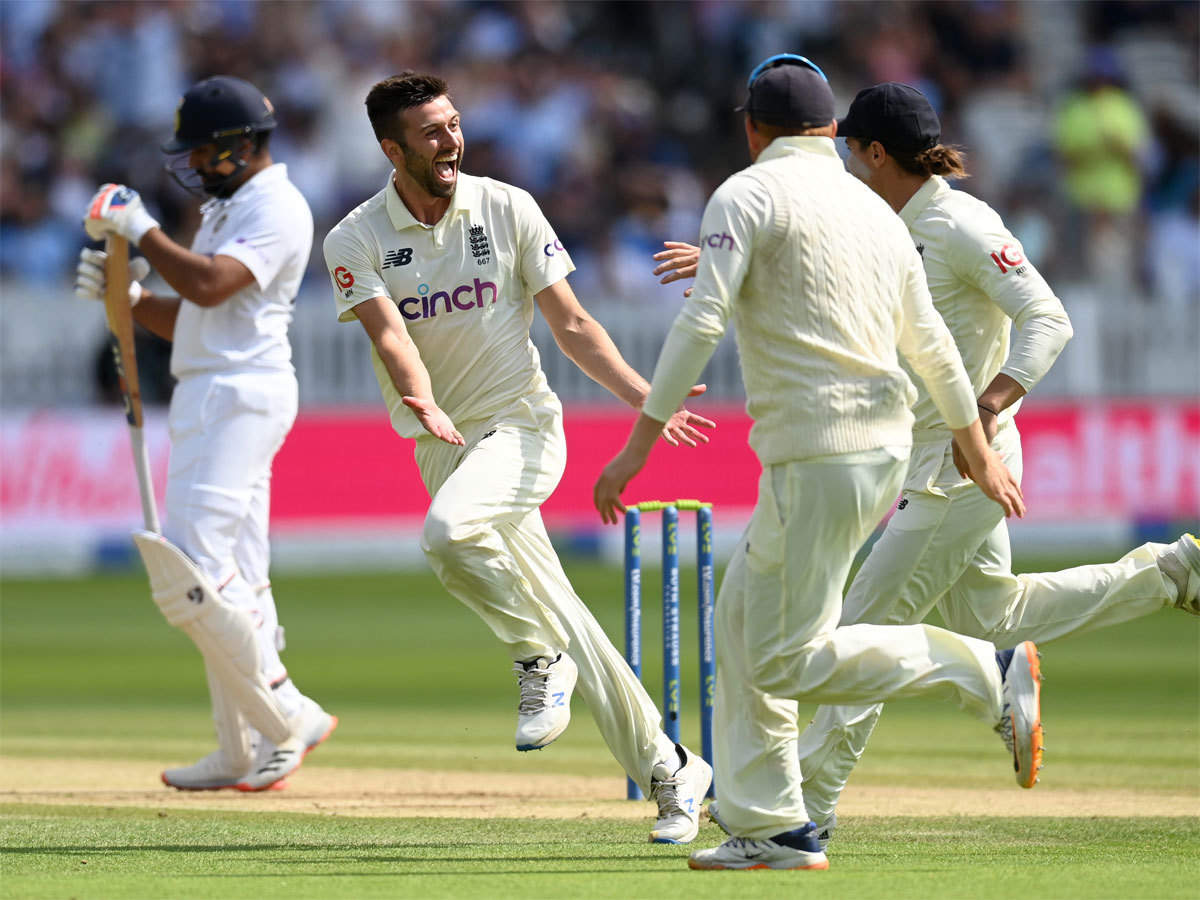 Opener Rohit Sharma was caught by Moeen Ali off the bowling of Mark Wood, who claimed his second wicket of the morning on Day 4 of the second Test at Lord’s. Rohit, who hit a six earlier in the over, tried to repeat his shot but couldn’t time the ball and fell for 21 runs off 36 balls. Wood squared up KL Rahul earlier, who edged the ball to Jos Buttler to fall for five runs off 30 deliveries. Virat Kohli joined Cheteshwar Pujara in the middle with India placed at 27/2 after 12 overs. After a Joe Root masterclass on Day 3, the onus will be on the Indian batsmen to set England a target. Root’s unbeaten 180 helped England post 391 in reply to India’s 364 in the first innings. A collapse late in the day saw England bundle out with a slender lead of 27 runs after they had lost just two wickets in the first two sessions. Root was ably supported by Jonny Bairstow (57) and Rory Burns (49) even as Mohammed Siraj picked up 4 for 94 and Ishant Sharma returned 3 for 69. (LIVE SCORECARD)