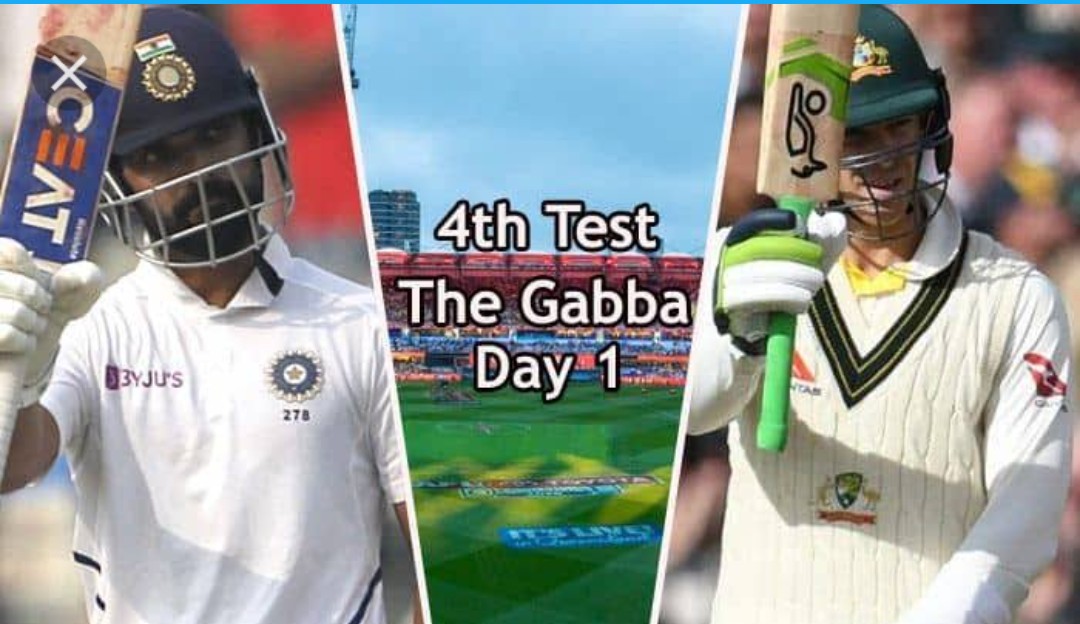 The Day 1 of the Gabba Test ended at 274/5 for Australia. It’s been an absorbing day of cricket . India’s bowling unit, comprising Siraj ,Natrajan, Shardul ,Saini and Sunder ,was good in parts but the day belonged to Australia and Marnus Labuschagne  who hits his fifth hundred.  Labuschagne slammed 108 runs off 244 balls to help put the host in charge .Opener David Warner and Marcus Harris couldn’t  find their footing against the visiting Pacers, and lost their wickets in the early stages of Day 1. Steve smith and Matthew wade could only muster 36 and 45 runs respectively before being set back  to the pavilion. Cameron Green (28) and Tim Paine (38) remain unbeaten at stumps. Test Debutant  T Natrajan was the top performer on the day for India taking two crucial Wicket , Washington sunder was the other debutant scalped a dismissal too.

The pressure is on Australia who failed to win in Sydney despite dominating the Test for large swathes .Nevertheless the hosts will fancy a series win at the Gabba, as they have not lost a Test at the venue since 1988. The Indian cricket team suffered a shock in the third Test after three main players Ravindra Jadeja , Hanuman Vihari and Jasprit  Bumrah – suffered injuries .

According to Accu Weather, Brisbane may witness intermittent rainfall on Friday , Saturday and Sunday , on the last two days ,there are 50 percent chance of rain . The series decider will see Australia in desperate need of a victory, given a win would see them retain first place in the ICC World Test Championship. India who are currently in the second spot can move up to No. 1 spot if they can conjure a Victory.