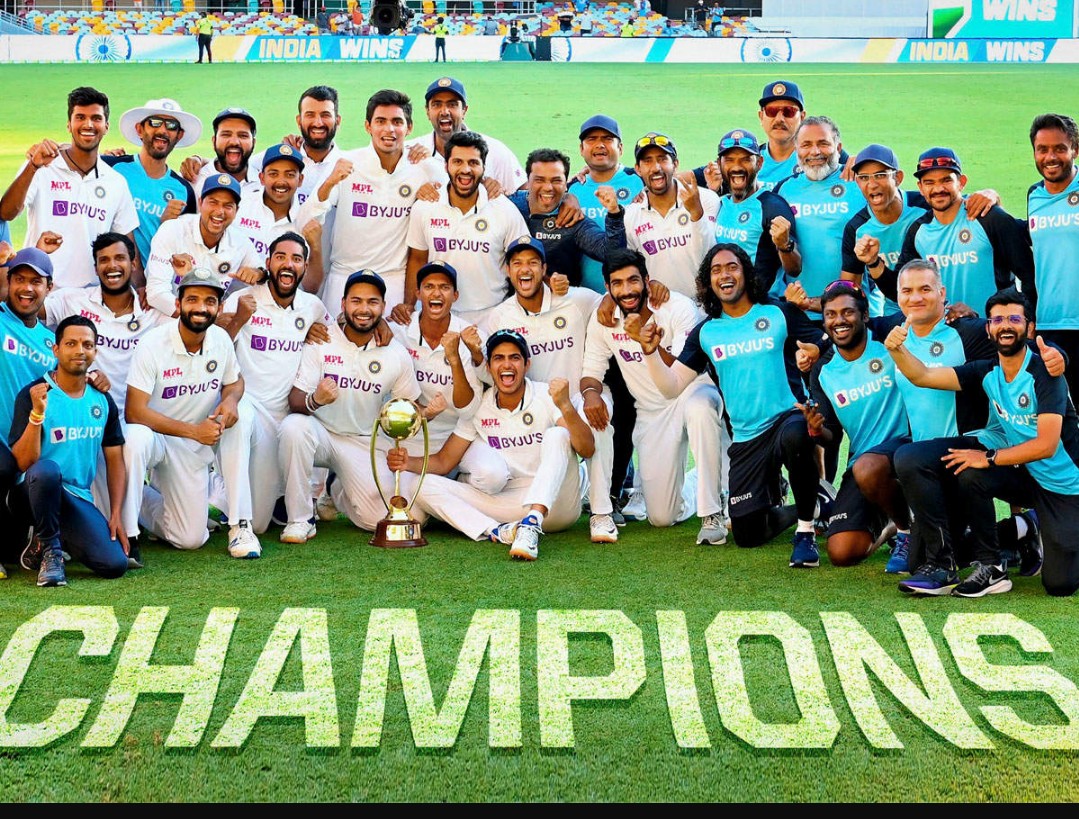 India defeated Australia by three wickets on Day 5 of the fourth and final Test at the Gabba in Brisbane on Tuesday, to retain the Border Gavaskar trophy. Rishabh Pant slammed an unbeaten 89 runs off 138 deliveries to take the visitors across the finishing line. The visitors had a slow start to the day , losing the wicket of Rohit Sharma in the early stages . with the departure of India vice captain, Shubman Gill took matters into his own hands with the stylish 91-un Knock off 146 balls.He was supported by Cheteshwar Pujara who played a typical Test cricket Knock , facing 211 balls and scoring 56 runs . The likely Ajinky Rahane (24) and Sunder (22) added crucial contribution to the scorecard for India .Pat Cummins once again the star bowler for Australia, registering four wickets. Lyon took two wickets in his 100th Test match, but it wasn’t enough to prevent a defeat.

Twitter went berserk as India beat Australia by three wickets in the fourth and final Test at the Gabba in Brisbane to win the four match series 2-1 and retain Border – Gavaskar trophy for the second time in a row. This is also India’s first victory at Gabba in 7 Tests. Before this India lost five while drawing one at the venue.

. Player of the Match Rishabh Pant.

. Player of the Series Pat Cummins.

. Pat Cummins who took 21 wickets in the 4 Test was the Man of the Series.

. India cricket team moved to the top of the World Test Championship after Defeating Australia.

. Australia had been unbeaten since 1988.

Ind vs Aus 4th Test Day 4 (There seems to be only two results possible. Either a draw match or Australia winning it.)
England tour of Sri Lanka 2nd Test (England won by 6 wickets)