Ind vs Aus 4th Test Day 4 (There seems to be only two results possible. Either a draw match or Australia winning it.) 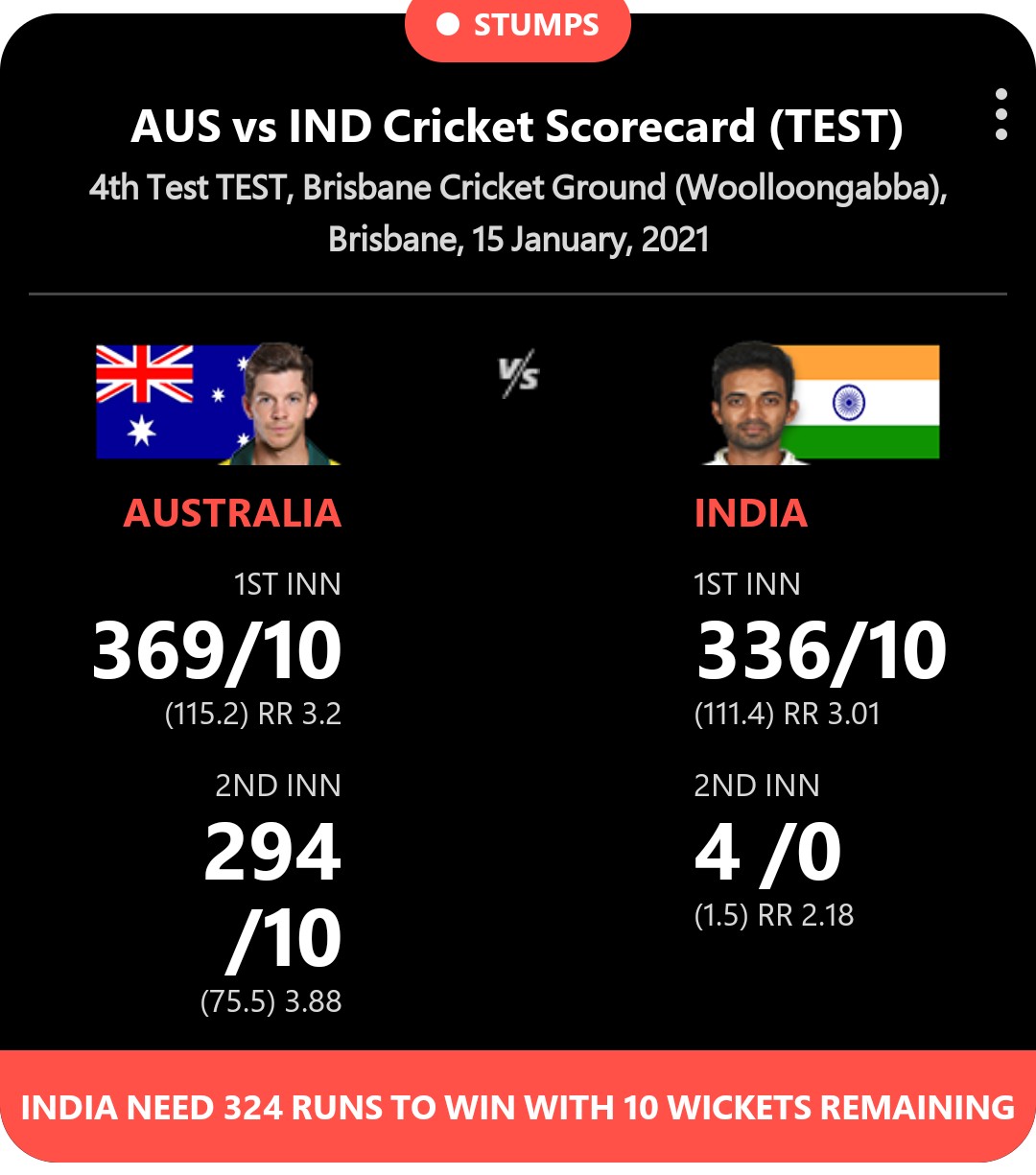 Rain stopped play on Day 4 of the fourth and final Test match between Australia and India, in Gabba Rain forced early stumps with India 4/0 in 1.5 overs needing need 324 more runs to win. Openers Rohit Sharma (4 not out) and Shubman Gill (0 not out) was the two unbeaten batsman. Earlier on Day 4 the home side posted 294 runs in their second innings, setting a target of 328 runs for India. Steve smith scored a stylish half-century for Australia .The India batsman now face a stiff challenge as they need to bat the whole of Day 5 and salvage a draw, A win , looks highly unlikely as India still needs a massive 324 runs to script history at The Gabba.

India Siraj was on fire; register his maiden five-wicket haul. Meanwhile, Shardul Thakur took four Wickets .The Australia Bowling department will be aiming to put in a top display on Day 5 , and add pressure on the Indian batsman. For India, a draw is enough for them to retain the Border-Gavaskar Trophy, with the series tied at 1-1, But they will be looking to secure back-to-back series wins Down Under.