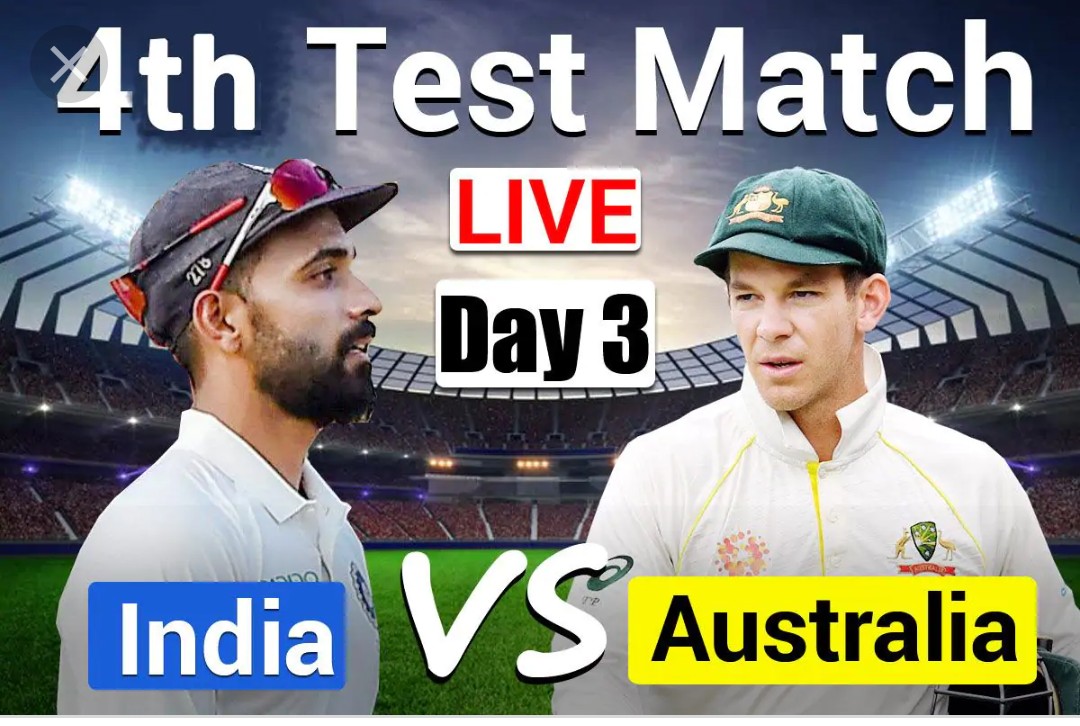 A pair of unlikely third-day batting heroes Sunday gave India a fighting chance of securing the draw they need in the fourth Test against Australia to retain the Border – Gavaskar Trophy . Washington sunder and Shardul Thakur , in just his second test , put on 123 runs for the Seventh wicket – a record for India at the Gabba – taking their team from a precarious 186 for six to 309 before Thakur was bowled by pat Cummins for an entertaining 67.By the time Mohammad Siraj was bowled by josh Hazlewood , giving him figures of 5-57, India reached 336 , only 33 runs behind Australia’s   first innings total of 369.

Earlier, Resuming the day at 61/2 , India lost Cheteshwar pujara and skipper Ajinky Rahane in the morning session . Pujara was the first to go as he edged one to wicketkeeper Tim Piane off the bowling of josh Hazlewood for 25 with the team’s score on 105 .

Rahane followed , edging one to fourth slip off Mitchell Starc for 37 with the team score on 144.mayank Agarwal and Rishabh pant  added 17 more runs before Agarwal  get out at team’s score of 161 .

Australia’s openers – David Warner (20) and Marcus Harris (1) –saw out six overs , and extended the home team’s lead to 54 by stumps after India’s first innings ended at 336.

Aus vs Ind 4th Test day 2 (The entire session was lost as wet outfield did not allow play to resume)
Ind vs Aus 4th Test Day 4 (There seems to be only two results possible. Either a draw match or Australia winning it.)