“I’m Good At What I Do”: Venus Williams Marks 90th Grand Slam With Opening Wimbledon Win 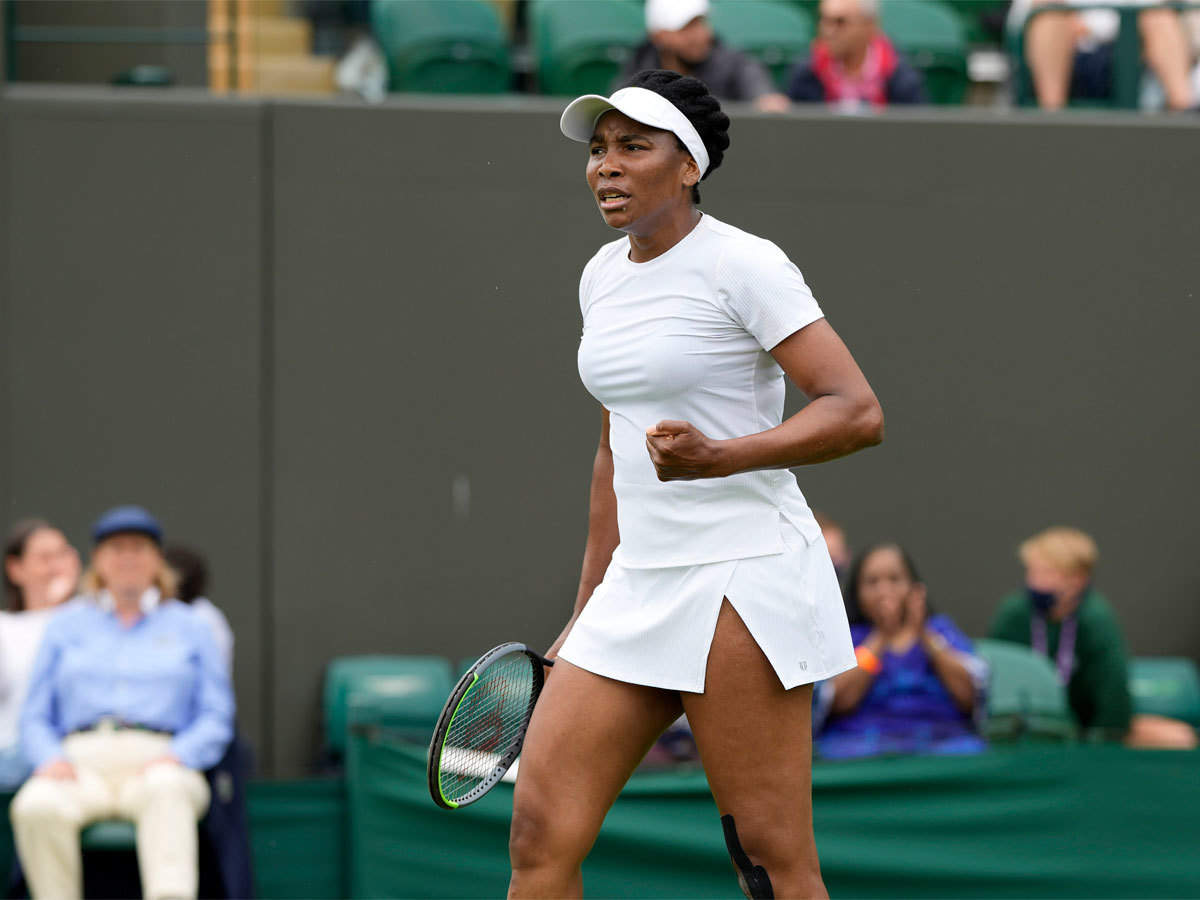 Venus Williams marked her record 90th Grand Slam appearance with a three-set victory over Mihaela Buzarnescu of Romania at Wimbledon on Tuesday and revealed the secret to her longevity: “I’m good at what I do”. The 41-year-old American, who is a five-time champion at the All England Club, triumphed 7-5, 4-6, 6-3. Former world number one Williams first played Wimbledon in 1997 and is making her 23rd appearance at the tournament. Now at 111 in the world, she fired 10 aces and 33 winners to defeat her 160th-ranked opponent.

“I’m good at what I do. You can’t win them all,” said Williams who also chalked up her 90th singles win at the tournament.

“Life is about how you handle challenges. Each point is a challenge on the court. No one gives you anything. I like to think I handle my challenges well.”

Up next is Tunisian 21st seed Ons Jabeur who eased past Rebecca Peterson of Sweden 6-2, 6-1.

Jabeur was the first Arab woman to win a WTA title when she triumphed at the Birmingham grass court event this month.

“Ons is one of my favourite people on tour. Honestly she’s just breaking down barriers,” said Williams.

“The first woman from her country to do anything that she’s doing. She just won her first tournament, so she’s got to be feeling great.

“I just think you’re going to see a whole other generation of women from North Africa coming into tennis. It’s going to be all owed to her. I think she’s inspiring so many people, including me.”

She has two mixed doubles titles at the Slams, both with Justin Gimelstob at the 1998 Australian and French Opens.

“We both respect each other’s games,” said Williams of her partnership with Kyrgios.

“I’m looking forward to the experience. Hopefully, we’ll team up better. That’s pretty much what I’m looking out of it.

“Obviously if I have experience to share, I’m always willing to do that with anyone who might ask me.”