Iga Swiatek Poised To Be No.1 With Ashleigh Barty Coming Off Ranking List 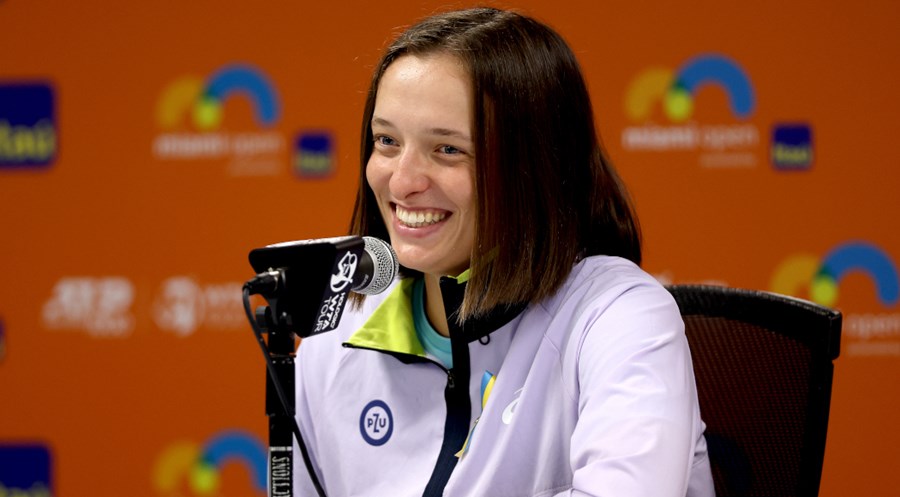 Ashleigh Barty said Thursday that she will remove herself from the WTA rankings after announcing her retirement, opening the door for Poland’s Iga Swiatek to become world number one. The three-time Grand Slam-winning Australian has held top spot for more than two years but stunned the sports world on Wednesday by quitting at just 25. The 20-year-old Swiatek is a massive 2,204 ranking points behind Barty, but there will be a new number one on Monday when the new list comes out and the second-placed Pole is in prime position.

Swiatek, who shot to prominence by winning the French Open in 2020 and has shown remarkable consistency since, told reporters at the Miami Open that she is trying not to think about it too much.

“They said it may be possible that I’m going to be world number one,” she said.

“Honestly, when we really thought about the situation and when we read all the news, all the rules that may apply, we realised there’s no sense to actually think about that right now because we have such a short time to prepare for another tournament.

“We’ve got to stay focused on our work.”

Swiatek is currently 691 points ahead of third-ranked Maria Sakkari of Greece after winning at Indian Wells last week, her second title in as many tournaments after her triumph in Doha in February.

Speaking publicly for the first time since announcing her shock retirement, Barty told a press conference in Brisbane: “My name will be taken off the list in the next ranking.

“But we have done everything that we needed to on our side with them. We have worked with the WTA Tour and they have made my journey so enjoyable and made it really comfortable.”