If Ravi Shastri Vacates Head Coach Job After T20 World Cup, Who Can Replace Him? Here are 5 Possible Options 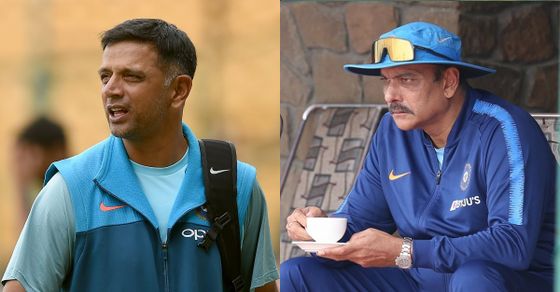 Team India, under the guidance of coach Ravi Shastri, has tasted victory in various bilateral series. The Men in Blue defeated England in all formats at home ground and found a place in the World Test Championship (WTC) final. India also emerged victorious in Border-Gavaskar series twice in Australia. The international circuit has praised Shastri for his management however, the former cricketer is missing an ICC trophy. Captains and coaches are judged on the number of ICC events they have won and sadly for Shastri he has been longing to get his hands on an ICC trophy. His contract is slated to end after the T20 World Cup in UAE and there are very few chances that his tenure as head coach will get extended.

Therefore, it is obvious to ponder over the possible options available to fill in the shoes of the India cricket team coach.

Tom Moody – This former Australian cricketer is well respected among the cricketing fraternity and has experience in handling Indian youngsters. He has been the coach of SunRisers Hyderabad in the IPL and during his tenure, the team went on to win the title in 2016. Not to forget, SRH’s consistency under his guidance across the last few editions has been glorifiable achievement.

Mahela Jayawardene – The Sri Lankan great was not only a prolific batsman but also a brilliant captain during his playing days. Post-retirement, Mahela stepped in as the batting coach for England Cricket Team.

Mike Hesson – One of the most successful coaches of the New Zealand side, Mike Hesson is a brilliant option for the Indian cricket team. Apart from McCullum, he is equally credited for bringing the turn-around in the cricketing fortunes of Black Caps. Currently, he is the Director of Operations at Royal Challengers Bangalore.

Rahul Dravid – Rahul Dravid is another option for BCCI for the head coach of the Indian cricket team. His credentials, post-retirement, are absolutely stunning as he has worked with the U-19 squads and India A teams. Currently, he is the Director of Cricket Operations at the National Cricket Academy (NCA). His first stint as the head coach was witnessed as he led a young side to Sri Lanka for 3-match ODI and 3-match T20I series. While the Men In Blue won the ODI series by 2-1, the Islanders emerged victorious in T20I series by 1-2.

VVS Laxman – The former Indian middle-order batsman, VVS Laxman is currently a mentor for the IPL team SunRisers Hyderabad. He also has much experience with the coaching abilities have learned from Tom Moody.

“Disgusting”: Glenn Maxwell On Quarantine Rules For Australian Olympians
The Hundred Final: Smriti Mandhana, Harmanpreet Kaur pull out of The Hundred, to return to India ahead of the Australia tour