If captain likes you, coach hates you: Ex-Pak spinner with stunning revelations 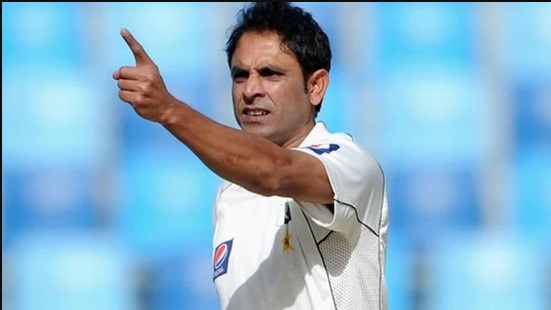 Abdur Rehman remarked that there are examples where a player if he’s in the good books of the captain, leaves the coach angry and vice versa.

Abdur Rehman, former Pakistan left-arm spinner, made a staggering revelation about the national team, saying there are two factions- one for the coach and another for the captain.

The 41-year-old remarked that there are examples where a player if he’s in the good books of the captain, leaves the coach angry and vice versa. He added that the captain and the coach have their favorites and the team selection is reflective, very often, reflects the mindset.

“Being a yes-man for the captain has benefits and drawbacks. When you are on good terms with the captain then the coach gets angry. A lot depends on the likes or dislikes of those involved. If the coach likes you then the captain won’t. Then one tries to take the player out because either he doesn’t like him or the player in question doesn’t spend time with him,” Rehman said in an interaction with Cricket Pakistan.

Rehman, who played 61 matches across all formats for the Pakistani side, said players even start hating certain personnel, keeping their personal interests ahead of the team.

“They start hating the player. They don’t see how important a player is for Pakistan. They don’t look at performances or anything else then. All his previous performances or his career is forgotten and attempts are made to get the player out of the side. Whoever it is, until the player is out of the side, the person who doesn’t like him won’t be at peace. This is not good for Pakistan or the players. This is Pakistan’s team and not a team of the coach or captain,” the former spinner added.

Rehman represented the national side 22 Tests, 31 ODIs, and 8 T20Is. He picked up a total of 130 international wickets before hanging his boots in 2018.

Andre Russell, Carlos Brathwaite Among 7 Players Retained By Jamaica Tallawahs Ahead Of CPL 2021
WTC final: NZ will have the edge over India if conditions favour the pacers, says Monty Panesar