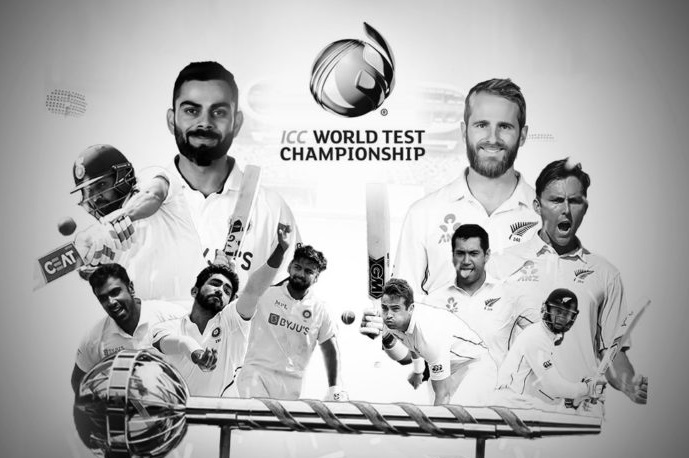 ICC WTC Finals – India vs New Zealand: Virat Kohli & Co are on a tough 4-month long tour of England with the World Test Championship (ICC WTC Finals) first up against Kane Williamson’s New Zealand. While considering India’s recent records in Australia, many including former India captain Sunil Gavaskar predicted a clean sweep for India, but their records in England do not boost confidence, especially the opening match. India is yet to win their opening Test match in 35 years, handing an edge to New Zealand.

Yes you read it right, Indian cricket team hasn’t won their opening test match in England in last 35 years.In fact, India’s last win in an opening Test in England came back in 1986. Dilip Vengsarkar’s century and Kapil Dev’s four-wicket haul in the 2nd innings handed India a five-wicket win at Lord’s. Since then, India have never won an opening Test. In the last five Test series in England (2002-2018), India have lost three opening matches and the other two have ended in draws.

ICC WTC Finals – India vs New Zealand Many former cricketers have pointed out India’s lack of practice matches as a point of concern. The drastic changes in conditions in England have always hit the Indian contingent hard and acclimatising taking time.

This time, it’s not different. India after four weeks without cricket travelled to the UK and will spend at least three days in quarantine before taking on Kane Williamson and Co for the ICC WTC Finals on June 18 at Southampton. Before that, the Indian contingent can only hit the nets with no practice matches. Apart from Hanuma Vihari, who has been playing county cricket, no one has yet acclimatised to the conditions.

ICC WTC Finals – India vs New Zealand: Dilip Vengsarkar, whose heroics helped India win the 1986 series in England, told Khaleej Times that playing practice matches in England is important to get adjusted to the conditions which can change throughout the day.

“It’s important to have matches. You have practice sessions, but the important thing is to have matches and spend time in the middle, not just for the batsmen, but for the fast bowlers and spinners as well. By spending time in the middle, they know what length to hit. That has been a problem for the past 10 years now. Look, when you go to Australia, England, and New Zealand, the conditions are so different. You need practice matches to get acclimatised to the conditions,” Dilip Vengsarkar told Khaleej Times.

If India’s first few days will be spent in quarantine and net sessions, Kane Williamson’s New Zealand will have valuable match practice. Their ongoing 2-match Test series against England will help them get adjusted to the swing of Dukes balls. Their bowlers — Kyle Jamieson, Tim Southee and others will also get used to the conditions and know what length to bowl — something that Ishant Sharma, Jasprit Bumrah will need time to get adjusted to.

Considering the factors, it will be difficult for Team India to win the first match and a lot will depend on past experience to take on New Zealand’s challenge, especially in swinging conditions. Former Australian fast bowler Brett Lee too said New Zealand will have an advantage due to familiarity with the conditions.

“I think it is pretty evenly matched there. I am thinking, though, with the experience of New Zealand because they have bowled in conditions which are similar back home…it may be conducive to fast bowling, to swing bowling. So that is where I think that the Kiwis might have an advantage purely from that fact,” Brett Lee told the ICC’s official website.

IPL 2021 Phase 2: BCCI to make big changes in IPL 2021 Schedule, last phase to be played at one venue
Sanjay Manjrekar Has “A Few Problems” With Ravichandran Ashwin Being Called An All-Time Great. Here’s Why