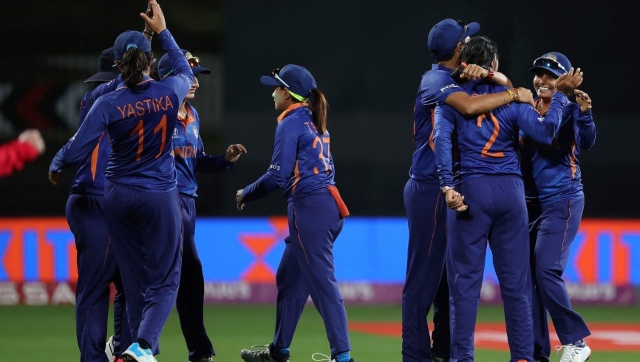 After registering a four-wicket win against India Women, the England women’s cricket team finally opened their account in their fourth match of the competition played at the Bay Oval in Mount Maunganui. Suffering through a winless streak in the ongoing Women’s World Cup, the Heather Knight-led side began well and troubled the Indian batters from the word go. Excellent lines and lengths and wickets at crucial internals of the game helped England bundle out India for 134 runs in 36.2 overs. In reply, England also endured a poor start as openers Tammy Beaumont and Danielle Wyatt departed for 1 run each. However, a gutsy fifty from Knight and cameos from the middle-order players helped England overhaul the target in 31.2 overs with four wickets remaining.

The four-wicket win gave England their first victory in the tournament which keeps their semi-final hopes still alive and kicking.

Despite having a small target to chase, England batters showed signs of nerves as they came closer and closer to the 134-run mark.

However, captain Knight kept her calm and tackled the Indian bowlers with full confidence. She remained not out on 53 runs.

For India, Meghna Singh was the pick of the bowlers with a three-for.

India will next play Australia on March 19, Saturday at the Eden Park in Auckland.

England, on the other hand, will play hosts New Zealand on March 20 in Auckland.