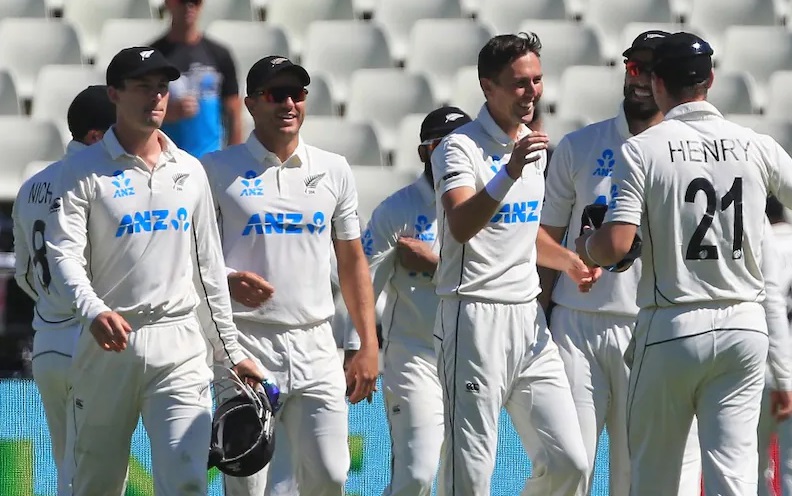 New Zealand on Sunday toppled India to become the number one ranked Test team in the world. The Kiwis achieved the feat after defeating England 1-0 in the two-match Test series on Sunday. New Zealand now has 123 points in ICC Team Test Rankings while India has 121 points and is positioned at the second spot. Australia is placed at the third spot with 108 points while England is positioned at the fourth spot with 107 points. India and Kiwis will be locking horns in the WTC final at the Ageas Bowl, Southampton, beginning June 18.

New Zealand is also the number one ranked ODI team in the world, while India is the third-ranked side in the 50-over format.

Neil Wagner and Matt Henry took three wickets each as England was bundled out for 122 in the second innings, and in the end, New Zealand won the second Test on Day Four comfortably by eight wickets at Edgbaston, Birmingham on Sunday.

For New Zealand, Tom Latham and Ross Taylor remained unbeaten on 23 and 0 respectively as the side registered a comprehensive win over the hosts. In the second Test, New Zealand made six changes, but every player that came in gave a spirited performance.

With this win, New Zealand won the two-match series 1-0 and now the side would enter the finals of the World Test Championship (WTC) confidently.

Chasing just 38 runs to win the match and series, New Zealand did not get off to an ideal start as Devon Conway (3) was sent back to the pavilion by Stuart Broad in just the second over of the innings. Will Young (8) was also dismissed by Olly Stone, but in the end, Latham and Taylor guided Kiwis to an eight-wicket wi