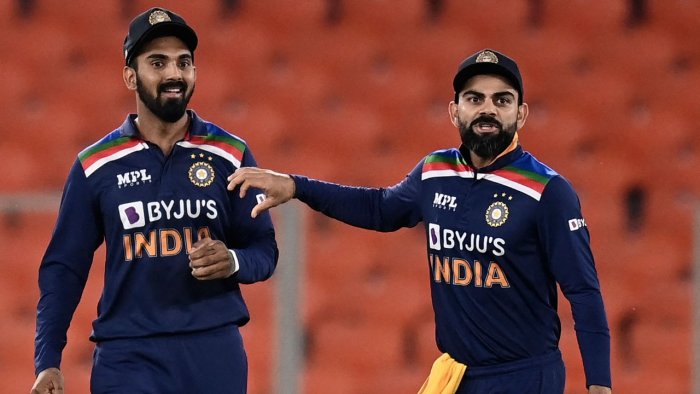 India captain Virat Kohli and star batsman KL Rahul maintained their fourth and sixth place respectively among the batsmen while no Indian bowler featured in the top-10 in the ICC T20 rankings.

The top seven batsmen led by England’s Dawid Malan maintained their rankings while South African keeper-batter Quinton de Kock is now ranked eighth while West Indies Evin Lewis has dropped a place to be ninth in the list. India’s top ranked bowler in the list is veteran pacer Bhuvneshwar Kumar at 12th while injured off-spinner Washington Sundar is the other in the top-20 at 18th place.

Yuzvendra Chahal is the only bowler who has shown improvement and is now 25th although he has been dropped from the Indian team for the T20 World Cup.

In the all-rounders’ list, the only Indian among the top-20 is Hardik Pandya, who is just about managed to make the list with 98 points.

The Indians last played a T20 series in Sri Lanka and hence haven’t played any games in the shortest format.

Bangladesh fast bowler Mustafizur Rahman has moved up two places to eighth after finishing with eight wickets in the series against South Africa while Nasum Ahmed (up 25 places to 15th) and Mehedi Hasan (up four places to 20th) have also made notable progress.

However, Shakib Al Hasan has conceded the top spot for all-rounders to Afghanistan’s Mohammad Nabi.

In the ODI rankings for batters, Jaskaran Malhotra of the United States, who struck sixes in an over from Papua New Guinea’s Gaudi Toka in a World Cup Super League 2 match, has rocketed 169 places to 132nd.

In the bowlers’ list, Nepal leg-spinner Sandeep Lamichhane is now in top-100 at 91st place.