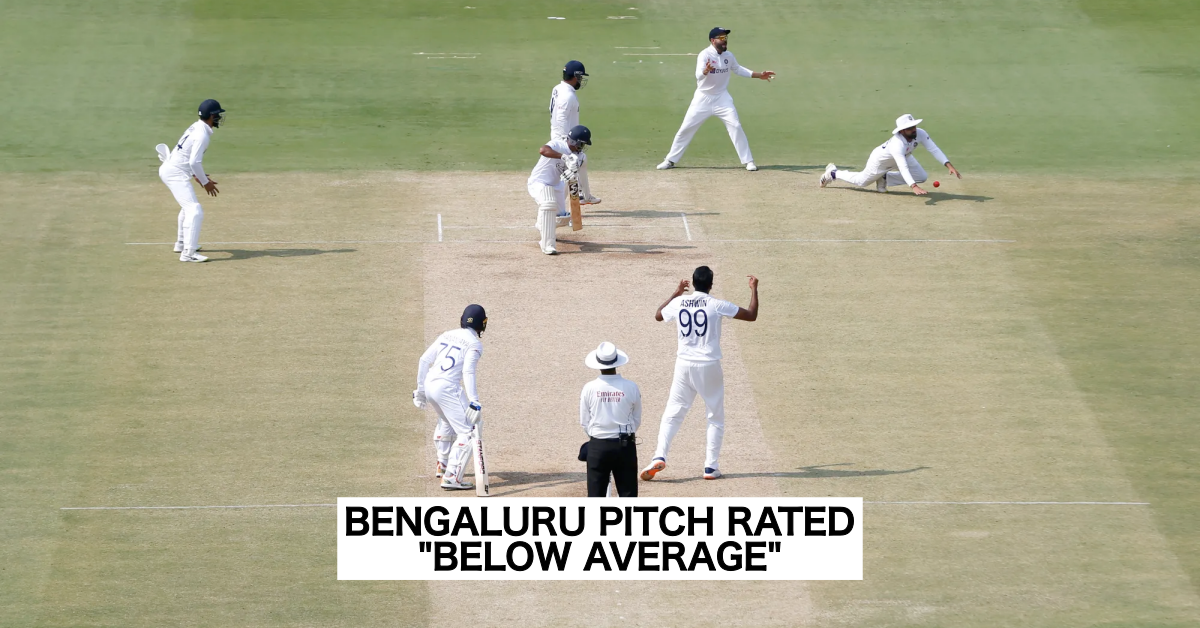 Dubai: The Chinnaswamy Stadium pitch in Bengaluru, which was used for the second Test between India and Sri Lanka earlier this month, was on Sunday rated “below average” by the ICC. India’s head coach Rahul Dravid inspects the pitch during a training session ahead of the second Test between India and Sri Lanka in Bengaluru, on 10 March, 2022. AP File

India had defeated Sri Lanka by 238 runs in the Test which began on March 12 and ended inside three days.

The venue thus received one demerit point under the ICC Pitch and Outfield Monitoring Process.

“The pitch offered a lot of turn on the first day itself and though it improved with every session, in my view, it was not an even contest between the bat and ball,” match referee Javagal Srinath said in a statement issued by ICC.

Srinath’s report has been forwarded to the BCCI.

In 2017, the Bangalore wicket was rated as below average by ICC match referee Chris Broad after the second Test between India and Australia.

According to the revised ICC Pitch and Outfield Monitoring Process, which was introduced on January 4, 2018, “if a pitch or outfield is rated as being substandard, that venue will be allocated a number of demerit points.”

Demerit points will remain active for a rolling five-year period.

When a venue accumulates five demerit points (or crosses that threshold), it will be suspended from hosting any international cricket for a period of 12 months, the ICC said.

A venue will be suspended from staging any international cricket for 24 months when it reaches the threshold of 10 demerit points.