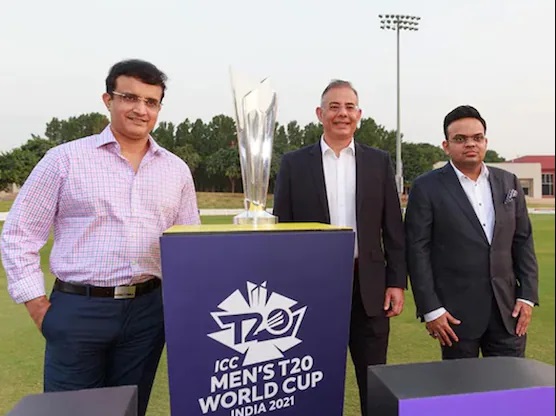 The International Cricket Council (ICC) has given BCCI time till June 28 to take a call on whether it would host the marquee T20 World Cup in India amid the threat posed by the COVID-19 pandemic. The ICC Board met virtually on Tuesday with India being represented by BCCI president Sourav Ganguly and secretary Jay Shah. The T20 World Cup is due in October-November this year. As reported by PTI, the BCCI sought a month’s time and the ICC board unanimously agreed to give that for a detailed assessment of the health situation in the country, which has been left battered by a second wave of the raging pandemic.

“Yes, the ICC board has agreed to BCCI’s request and they will have time till June 28 to decide on hosting the T20 World Cup in India. They will come back to the board next month with a concrete plan,” a source close to the ICC Board told PTI on Tuesday.

If the BCCI is unable to host the event in India given the looming threat of a third wave of the pandemic, the tournament will shift to the UAE after it gets done with hosting the IPL, which finishes likely on October 10.

BCCI may retain the hosting rights in that scenario. The BCCI is also mulling a couple of more windows in 2022 in case October-November is not feasible in India.

“The BCCI is very keen on organising a global tournament in India. They don’t want to let it go. There are two more windows that are being explored by the ICC Board. One is February 2022 but then it could coincide with ICC Women’s 50 over World Cup. So this could be a bit tricky,” an ICC board member said.

“The other option that BCCI has is to try out in June just after the next IPL but then you have to find a cluster of cities where monsoons won’t hit at that time. Also in four months, can you have another T20 World Cup in Australia?” the ICC board member questioned.

It is also learnt that BCCI has stated that the waiver of Rs 900 crore tax for the said event is being discussed with the government and the board will be kept updated about any developments.

The World Test Championship, which faced a lot of difficulties in its inaugural edition due to the COVID-19 pandemic, will continue during the next eight-year cycle between 2023-2031 despite apprehensions raised by ICC chairman Greg Barclay during an earlier media interaction with newswire services.

The inaugural World Test Championship final will be held between India and New Zealand in Southampton from June 18-22.