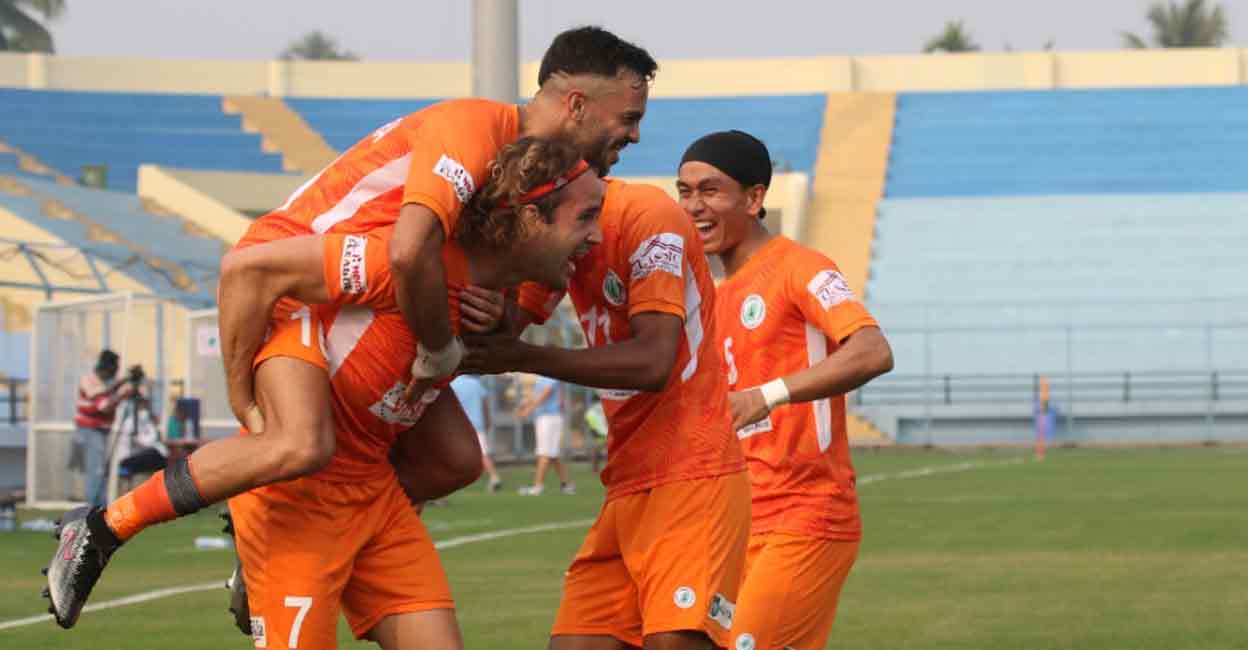 The I-League was on Monday suspended for at least six weeks by the All India Football Federation (AIFF) after a fresh COVID-19 outbreak hit the participating teams inside the bio-bubble here. It has been learnt that the total number of COVID-19 cases now stands at 45 after the latest round of tests which prompted the AIFF to suspend the league for six weeks. “The I-League stands postponed for at least six weeks,” a top official told PTI.

The I-League officials will take stock of the situation in the first week of next month and decide the future course of action.

I-League was suspended for a week on Wednesday after COVID-19 breached its bio-bubble. Eight players and three officials had tested positive for the dreaded virus, last week.

Thirteen teams are competing in this year’s I-League across three venues — the Mohun Bagan Ground in Kolkata, the Kalyani Stadium at Kalyani and the Naihati Stadium at Naihati.

Here’s what the official release stated:

“Earlier in the day, the League had gathered for an official meeting with representatives all the participating clubs of the Hero I-League 2021-22 (also via video conferencing), wherein the AIFF put forward to the clubs the suggestion of Dr. Harsh Mahajan, a Padma Shri, and a member of the AIFF Sports Medical Committee.

“Dr. Mahajan informed the clubs that with the number of positive cases rising all over the country exponentially, the new covid norms and restrictions being implemented by the Government of West Bengal, and with the philosophy of AIFF not allowing any compromise with the health and safety of the players and officials, it’s prudent that the Hero I-League 2021-22 be postponed by at least 6 weeks, a fact which was corroborated by all the participating clubs in the meeting.

“The clubs also unanimously appreciated the efforts taken by the AIFF to give paramount importance to the health of the players and officials.

“Thereafter, the League Committee, abiding by consensus of all the participating clubs as per the suggestion of Dr. Mahajan, ratified the decision to postpone the ongoing Hero I-League 2021-22 for at least 6 weeks. The League will have a review meeting after 4 weeks to take stock of the situation.

“The protocol of the bio bubble will continue till January 7, as all teams will be tested again on January 5, and teams can travel back to their respective destinations once they are tested negative. Players and officials who have tested positive in the team hotels who have already been isolated will be treated, and quarantined in Kolkata as per the health parameters laid down and will be allowed to leave the bubble after they test negative,”