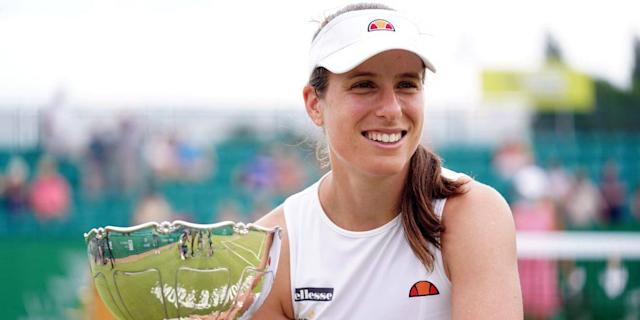 The 30-year-old Konta reached a high in the rankings of No 4 and was a four-time title winner on the WTA.

She became the first British woman to reach the Wimbledon semi-finals in 39 years when she got to that stage in 2017. She was also a semi-finalist at the Australian Open (2016) and French Open (2019).

Konta made her announcement on social media, saying she was grateful to have been able “to live my dreams.”

In an interview on the WTA’s website, Konta said she didn’t have the energy to put in the hard work to stay at the top of the sport.

“For me, it’s just about putting my emotional, mental, physical well-being in the position to put that energy and work in to be able to do that,” Konta said. “It’s that link of being able to convince yourself to be in pain. I just ran out of steam for it.”

In her own statement, Konta said “all the evidence pointed towards me not ‘making’ it in this profession.”

“However my luck materialized in the people that came into my life and impacted my existence in ways that transcended tennis,” she wrote. “I am so incredibly grateful for these people. You know who you are.”