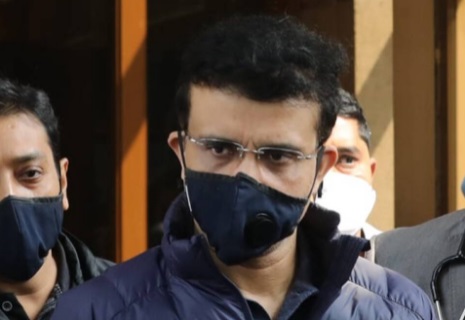 IPL 2021: On being asked about possible reasons behind the positive tests inside the bubble, the BCCI President Ganguly said that it still remains unclear how it happened.
The BCCI President Sourav Ganguly on Thursday said that it remains unclear how a number of players and supporting staff were tested positive for the Covid-19 virus inside the Indian Premier League bio-bubble. The 14th edition of IPL was suspended on Tuesday after several players were tested positive, hinting that there may be a bubble breach.

On being asked about possible reasons behind the positive tests inside the bubble, Ganguly said that it still remains unclear how it happened.

“Was the bubble-breach a case of the bio-security bubble not being foolproof? Or was there somebody who broke the bubble?” Ganguly was asked in an interview by

The BCCI president also said that the board took the decision to hold IPL 2021 in India across multiple cities, as there were only a few cases in the country at the time.

“When we decided, the number was not even close to this. We did the England tour successfully,” Ganguly said.

“It (holding the tournament in the UAE) was discussed, but the (COVID-19 cases) in India in February was (virtually) nothing. It has just gone through the roof in the last three weeks. Before that it was nothing. We discussed about the UAE but then decided to do it in India,” he added.

“As I said, when we decided all this, there was no (Covid spike) in India. So it’s very easy to say now (that tournament could have been held in only one city), but when this tournament was organized, Covid numbers (in India) were nothing. We started with Mumbai and finished there without any case. And Mumbai was very high (number of active Covid cases) then,” he further said

Ganguly further assured a safe travel to all the overseas players to their respective countries.

“They will all be fine. They are all looked after and they will all reach home. The Australians will reach the Maldives tomorrow, finish their quarantine and then reach Australia safely. So I don’t see any issue,” the former India captain said.

On being asked if the BCCI have any window in mind to resume the IPL season, Ganguly replied: “We will see. It’s too early to say.”

BCCI had shot down IPL governing council’s proposal to move the tournament to UAE
Have the IPL’s overseas players and staff reached home?