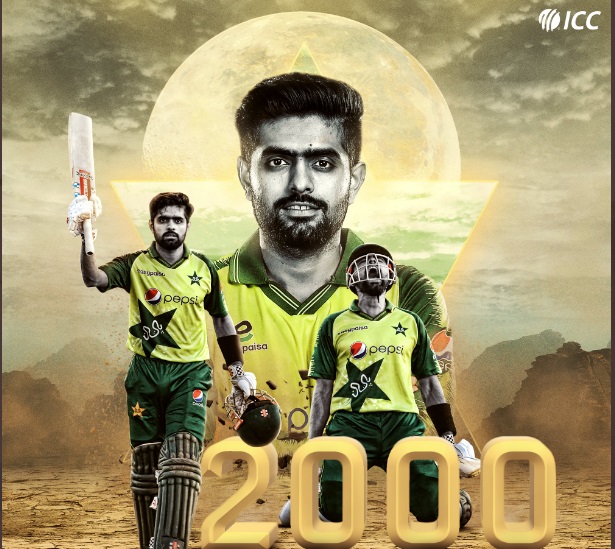 Toss report: Pakistan won the toss and chose to bat against Zimbabwe on Sunday in the third and final Twenty20 international at Harare Sports Club with the series level at 1-1.

Captain Babar Azam’s decision was influenced by the fact that the team batting first successfully defended their total in the previous two matches.

Azam and rival captain Brendan Taylor agreed that the pitch was bowler-friendly and it would be a challenge to surpass 140 runs.

Zimbabwe dropped Tinashe Kumanhukamwe even though he top-scored with 34 in the second international. Sean Williams took his place.

In his career, Babar Azam has a century and 17 fifties. He plays at an impressive average of nearly 48.

India skipper Virat Kohli had achieved the milestone of 2000 T20I runs in his 56th innings (60th match). Australia captain Aaron Finch is placed third in the list. He had achieved the landmark in his 62nd match.

It is notable that Babar Azam ranks 2nd in the latest ICC T20I Rankings with 844 points.

Now, Azam is only behind his teammates Hafeez and Shoaib Malik to become the highest run-scorer for Pakistan. The duo has 2,335 and 2,388 runs* respectively.

When it comes to the highest run-getter, Virat Kohli leads the list of most run-scorer with 3,159 runs. Martin Guptill is placed second with 2,939 runs while Rohit Sharma is third with 2,864 runs to his name.