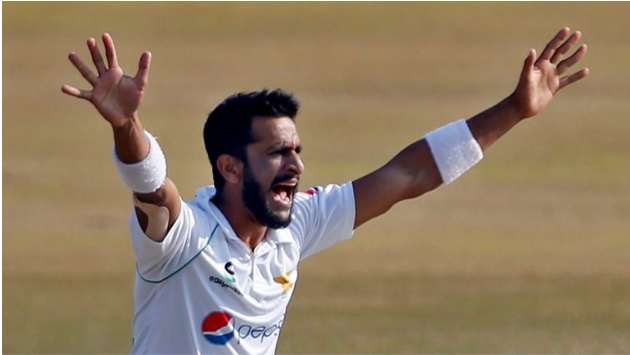 Hasan Ali stormed through Zimbabwe’s middle and lower order to leave them teetering on the brink of a huge defeat. Yet another five-wicket haul – his fourth in his last five Test innings – helped skittle the home side out for 132, handing Pakistan a 378-run lead. It would be little surprise to see Pakistan enforcing the follow-on, with the batting side having barely taxed the bowlers, who have been out in the field for fewer than two sessions.

If Zimbabwe came out looking to put up a belated fight, Hasan had other ideas. The fast bowler has been in spectacular form since his return to Test cricket this year, with 19 Test wickets in his last four innings. He would make that 24 in five after a stirring performance in the morning, demonstrating complete command over the line, length and swing as the Zimbabwean batters crumbled in front of him. Tendai Chisoro was undone by one that moved away from the bat on a length, with Imran Butt taking a sharp low catch in the slips.

The catching behind the wickets was another running theme, and it brought Hasan his next breakthrough. This time, it was a short delivery that grew big on Regis Chakabva, requiring Abid Ali to leap to grab hold at first slip. Luke Jongwe would be undone shortly after with a sublime inswinger the batters never believed would come back in to hit the stumps and shouldered arms, only for it to do just that.

Roy Kaia, who had been dealt a painful blow on the knee that forced him off on the first day, came back on to bat with a noticeable limp, and while he accounted himself well, he even had the chance to extract a bit of revenge. He pinged a short delivery to Abid Ali at short leg, with the ball smashing into his elbow. Abid was the man who had forced Kaia off in similar circumstances on the first day, and while he lumbered off clutching his funny bone, the Pakistani was unlikely to be seeing the lighter side.

Kaia and Tiripano did frustrate Pakistan for about an hour, bringing up the 100, but Sajid Khan came back to strike before Hasan came back to claim his fifth. It took a remarkable catch from Azhar Ali at gully; the ball had been clobbered to him, and only instinct got his hands out in time and behind the ball. Richard Ngarava let loose for a couple of overs to add a few runs, but what had begun with ineptitude ended in a farce for Zimbabwe, with a lazy run out wrapping things up, and leaving them facing an almost certain innings defeat.

No Hardik, Kuldeep in India’s squad of 20 for WTC final and England Tests
‘We are working step by step’ – Bangladesh Cricket Board chief on successfully hosting Sri Lanka tour