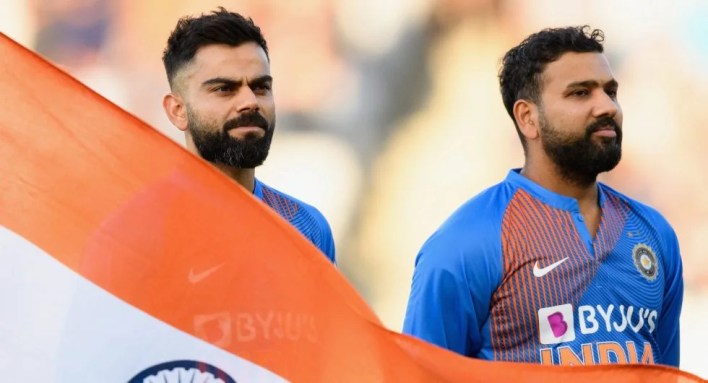 Former India captain Mohammed Azharuddin has reacted to Rohit Sharma’s appointment as ODI captain in place of Virat Kohli. Taking to social media platform Koo, Azharuddin congratulated Rohit on being handed the leadership mantle in limited-over internationals and praised the veteran opener’s ability as a captain. “There are big hopes for India’s new ODI and T20 captain Rohit Sharma after Virat Kohli. And he has the true ability to lead the team like he had promised. Congratulations to the new captain,” Azharuddin wrote in Hindi on his Koo account.

Rohit, who had taken over the T20I captaincy from Kohli after the T20 World Cup, was named as India’s captain in ODIs on Wednesday when the BCCI announced the squad for the upcoming tour to South Africa.

“The All-India Senior Selection Committee also decided to name Mr Rohit Sharma as the Captain of the ODI & T20I teams going forward,” the BCCI stated in a tweet on Wednesday.

Explaining the move to replace Kohli with Rohit as ODI captain, BCCI president Sourav Ganguly said on Thursday that the selectors did not want two different captains in white-ball cricket.

“It’s a call that the BCCI and the selectors took together. Actually, the BCCI had requested Virat to not step down as the T20I skipper but obviously, he did not agree. And the selectors then did not feel it right to have two different captains for two white-ball formats,” Ganguly told ANI.

“So it was decided that Virat will continue as Test captain and Rohit will take over as the white-ball captain. I as President personally spoke to Virat Kohli and the chairman of selectors has also spoken to him.

“We have full faith in Rohit Sharma’s leadership abilities, and Virat will continue as the Test captain. We as BCCI are confident that Indian cricket is in good hands. We thank Virat Kohli for his contributions as captain in the white-ball format,” the BCCI president added.

Joe Root, Dawid Malan Lead England’s Fightback In 1st Ashes Test
Some in BCCI made an attempt to make sure I didn’t get the job in 2017, reveals ex-India coach Ravi Shastri