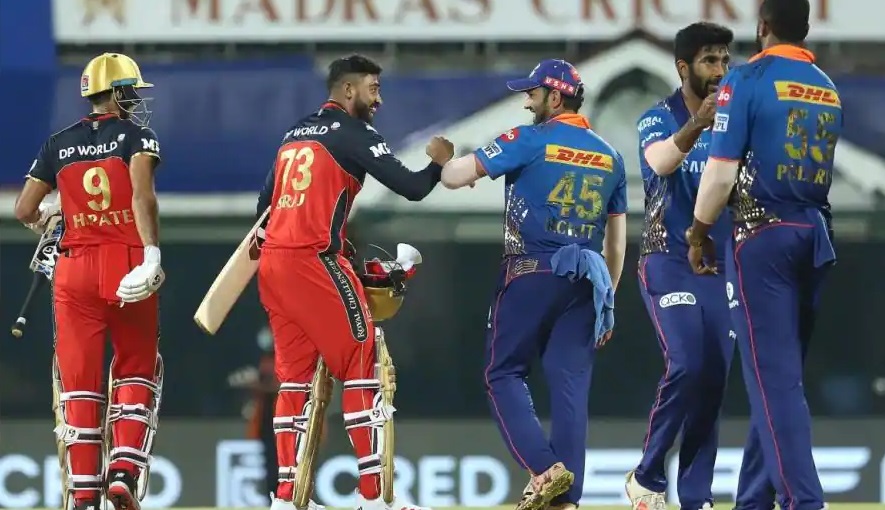 CHENNAI: Royal Challengers Bangalore (RCB) batsman Glenn Maxwell has said that he along with skipper Virat Kohli set the perfect launchpad for AB de Villiers to finish off the game against Mumbai Indians in the tournament opener of the Indian Premier League (IPL) 2021.

The Proteas batsman played a knock of 48 runs off just 27 balls with the help of four 4s and two 6s to help RCB defeat Mumbai Indians by two wickets in the tournament opener on Friday here at the MA Chidambaram Stadium in Chennai.

“It was nice to go out there and bat with the captain (Virat Kohli). Nice to not run him out in the first few balls, we were able to have a partnership and that was pretty cool. It would have been nice if one of us was there to finish it off but we set the platform for ABD to do his thing, he is an absolute superstar,” Maxwell said in a video posted on the official Twitter handle of RCB.

Speaking about his innings and the match, de Villiers said: “I am very happy with the result, it was a fantastic performance from all of us. We had a shaky start here and there, you can see we have not been together for a while but there were some special individual performances. At halftime, I knew it would be a hard total to chase, it is not an easy wicket. Luckily, we had some experience there to stay calm at the latter stages of the game, what a great win against trophy holders Mumbai Indians.”

Harshal Patel delivered a stunning bowling performance before AB de Villiers’ masterclass as RCB defeated Mumbai Indians by two wickets. He had picked five wickets (three in the final over) to restrict Mumbai Indians to 159 runs in the allotted 20 overs and as a result, he became the first bowler a take a fifer against Mumbai Indians in the IPL.

In response, RCB got over the line on the last ball, courtesy of some fine hitting by de Villiers in the death overs. For RCB, Maxwell and de Villiers played knocks of 39 and 48 respectively. Kohli also played a 33-run knock off 29 balls.

“Harshal was outstanding, I think his first over went for 15, to come back from that and record 5-12 in his last three overs, his final over was brilliant against the backend hitters. He used his yorkers, slower balls, and his execution under pressure was a brilliant and massive reason why we were able to keep the score under 160. AB just assessed the conditions as he needed to do on that wicket. He went on to do AB things, some of the shots he played had the guys in awe. He is class,” said Maxwell.

Ravi Shastri’s tweet about MS Dhoni-Rishabh Pant saying, “Guru vs. Chela, today is going to be a lot of fun.”
BCCI revokes condition of negative RT-PCR test report to watch matches at Wankhede .