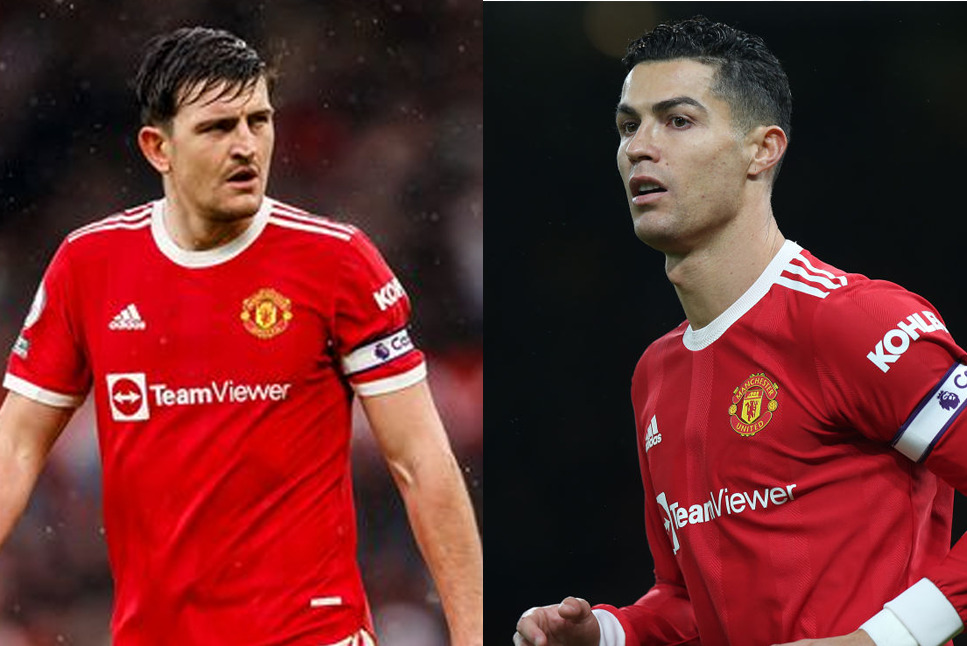 Manchester United captain Harry Maguire has denied reports of a power struggle with Cristiano Ronaldo as the club battle to end the season in the Premier League’s top four. Maguire has been well below his best this season and it has been reported that the United skipper feels undermined by Ronaldo’s influence, with his continued role as captain questioned. United forward Marcus Rashford dismissed talk of a dressing room divide involving Ronaldo earlier this week and Maguire has denied the latest reports. “I’ve seen a lot of reports about this club that aren’t true and this is another,” he posted on Twitter on Friday ahead of Sunday’s Premier League match at Leeds.

“Not going to start posting about everything that is written but I needed to make this one clear. We’re united and focused on Sunday. Enjoy your day everyone.”

United’s 2-0 win against Brighton on Tuesday lifted them back into fourth place in the English top-flight — the top four teams all qualify for next season’s Champions League.

But the club, under interim manager Ralf Rangnick, face a tough battle, with a number of other sides also in the mix, most of whom have games in hand.