Halle Open 2021: Daniil Medvedev crashes out, Jan Lennard Struff progresses to next round 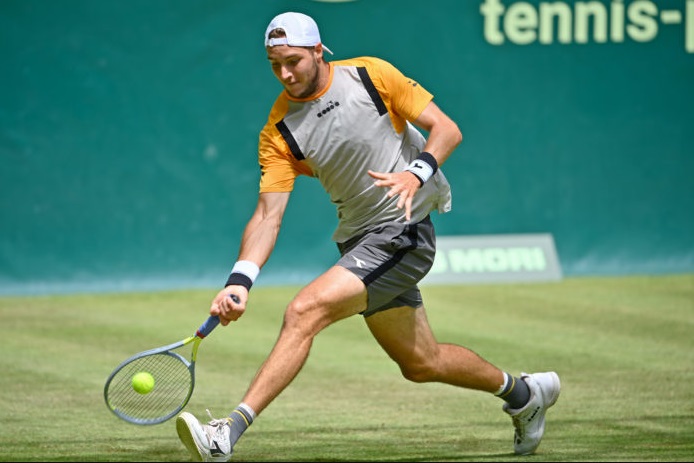 Halle Open 2021: Daniil Medvedev crashes out, Jan Lennard Struff progresses to next round – World No. 2 Russia’s Daniil Medvedev has lost the opening round match to little known Germany’s Jan Lennard Struff in straight sets of Halle Open 2021. The match finished 7-6 (8-6), 6-3 in favor of the German. The thrilling contest witnessed the opening set entering a tie-breaker before leading to an upset.

In his first match of the grasscrout season, top seed Medvedev made a bright start to open up a commanding 5-2 lead in the opening set before Struff roared back into the contest.

The match was one-way traffic in the second set as Struff broke his Russian opponent twice to secure the biggest victory of his career.

Struff has now won 10 of his last 15 matches, which includes an impressive run to a maiden ATP Tour final in Munich followed by his first Grand Slam last-16 appearance at the French Open last week.