“Great To Have Two Bowlers Out And Still Be Able To Dominate”: Marnus Labuschagne 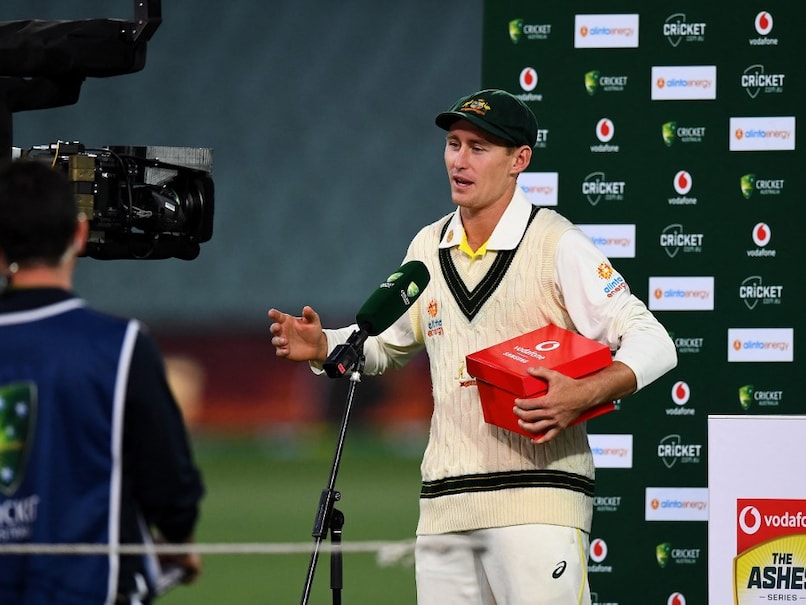 Australia batter Marnus Labuschagne expressed happiness after his side defeated England in the second Ashes Test at the Adelaide Oval on Monday. Jhye Richardson scalped five wickets in the second innings as Australia defeated England by 275 runs in the second Ashes Test. With this win, Australia has gained a 2-0 lead in the five-match series. The Boxing Day Test will begin on December 26 at the Melbourne Cricket Ground (MCG). “We really stuck it out there, and Davey batted very well and put the pressure on the bowlers. I tried to absorb the pressure and if you have a combination like that out there, it hands us the advantage. I do a bit of self-talk, especially when I congratulated myself on playing the bouncer by Stokes, as opposed to the one before that I played poorly. We played well in this Test match and didn’t take our foot off the peddle,” Labuschagne said after the game.

“Getting my first Ashes ton was terrific and I was disappointed that I didn’t make it a big one despite a few chances. I have played with Neser and played with Jhye in Shield cricket only weeks ago, and they have a unique set of skills – like Neser hits the stumps, for instance. It was great to have two bowlers out and still be able to dominate this Test match,” he added.

Resuming the final session on Day 5 at 180/8, England was given a body blow almost immediately as Jhye Richardson dismissed Jos Buttler (26). The Three Lions’ wicketkeeper’s 207-ball stay came to an unfortunate end as he was hit wicket.

The final wicket of James Anderson (2) was taken by Richardson and Australia registered an emphatic win in the second Test.

On Sunday, Travis Head, Marnus Labuschagne, and Jhye Richardson were the standout performers as Australia gained full control on the second Test.