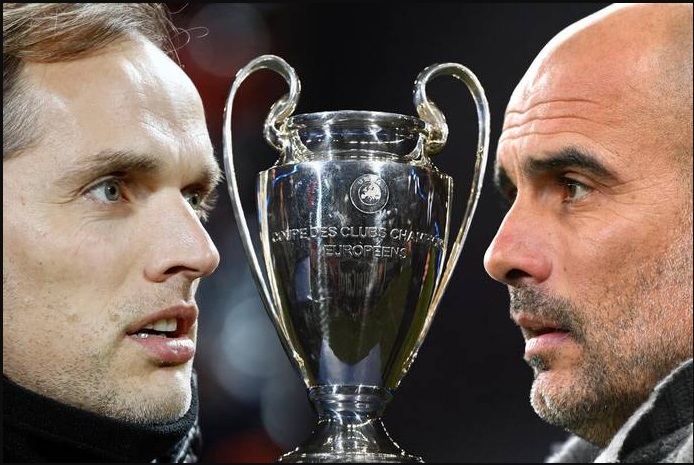 After a season in which Europe’s traditional powerhouses stumbled, Saturday’s Champions League final between Manchester City and Chelsea is a showcase for the contemporary dominance of England’s Premier League.

Neither club can boast a rich pedigree at this level — City is making its debut on this stage while Chelsea will be featuring in its third Champions League final, having won the competition in 2012.

It is an ‘all-English’ final but both teams highlight the Premier League’s ability to recruit the finest coaching and playing talent from across the continent and beyond.City is coached by Spaniard Pep Guardiola, who won the competition twice when guiding Barcelona, while Chelsea’s German boss Thomas Tuchel led Paris St Germain to the final last season, where it was beaten by Bayern Munich.

It is the second all-English Champions League final in three years, confirming the long-standing fears of debt-ridden Spanish giants Real Madrid and Barcelona that the unmatched global commercial success of the Premier League will eventually be replicated on the field.

Indeed, a recent UEFA report showed that English clubs were responsible for 43% of all global transfer activity in last summer’s trading window.

There is of course, as Manchester United continue to prove, no guarantee that financial power delivers success on the field.

City’s success, in winning three of the last four Premier League titles, owes much to Guardiola’s brilliance as a coach and tactician and the club’s excellent record in recruitment.

Under the Spaniard, City has produced some magnificent passing football but this year, largely thanks to the signing of Portuguese defender Ruben Dias, it has added steel at the back to the flair in the final third.

In previous European campaigns, City has exited after poor defensive displays where it fell apart at the back in crucial periods.

This season though, City did not concede for 790 minutes of Champions League football, a run stretching from its opening group game against Porto until the 84th minute of the quarter-final, first leg against Borussia Dortmund.

Chelsea, with Brazilian veteran Thiago Silva at the heart of its defence, has also tightened up at the back and indeed the two finalists have conceded just four goals each in Europe this season.

That is the lowest total for the two finalists since Barcelona (four goals against) took on Arsenal (two) in the 2006 decider. Neither side has conceded more than once in a Champions League game this season.

But thankfully there will be no shortage of attacking talent aiming to exploit any lingering weaknesses in the two defences.

City has an abundance of attacking options, so much so that Guardiola has often been so confident in the goal-threat of his wide players and attacking midfielders that he has played without either of his centre forwards — Argentine Sergio Aguero or Brazilian Gabriel Jesus.

On the right, Algerian winger Riyad Mahrez has scored 14 goals and claimed nine assists in all competitions with Phil Foden on the left producing 16 goals and creating 10 this season.

Yet despite those numbers, Chelsea has shown that it can get the better of Guardiola’s side — the Londoners have won the last two encounters, at Wembley in the FA Cup semi-final and the Etihad in the league earlier this month.

Englishman Mason Mount and American Christian Pulisic bring speed and precision to Chelsea’s attack and while Germans Timo Werner and Kai Havertz have yet to fully deliver on their promise, they present a threat.

After a season in which games were played behind closed doors, up to 16,500 fans will be present at the Estadio do Dragao, the bulk of them having travelled from England.

They could be in for a treat.