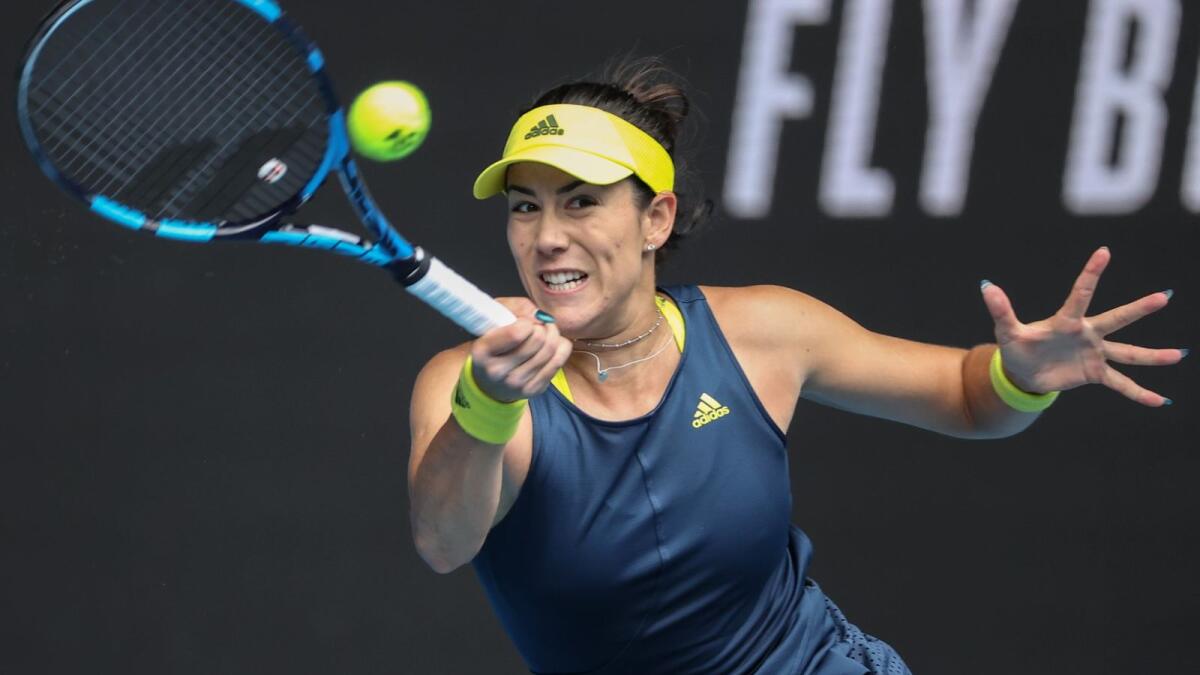 Sydney: Australian Open third seed Garbine Muguruza made a confident start to her season with a straight-sets win over battling Ekaterina Alexandrova on Wednesday at the Sydney Classic.

The Spanish world number three, who had a first-round bye in Sydney, withstood a fightback from the 40th-ranked Russian in the second set to win 6-1, 7-6 (7/4).

Muguruza will now play another Russian, Daria Kasatkina, in the quarter-finals after she upset Belgian Elise Mertens 6-3, 6-4.

Muguruza, a former world number one and two-time Grand Slam champion, will be one of the main contenders for next week’s Australian Open.

Her best result at Melbourne Park was in 2020, when she finished runner-up to surprise winner Sofia Kenin.

Playing her first match since winning the WTA Finals in November, the 28-year-old Muguruza said she was encouraged by the way she had stayed strong when facing five set points in the second set.

“I was most pleased that I stood very calmly in the second set when I was, you know, 5-4 down and serving and having all those set points, where you can get a little bit upset,” she said.

“The last match was two months ago so it’s been a while.”

Tunisia’s Ons Jabeur warmed up for the first Grand Slam of the year by defeating two-time Wimbledon champion Petra Kvitova 6-4, 6-4.

The 27-year-old Jabeur had a breakthrough 2021, winning her maiden WTA singles title and surging into the top 10 for the first time.

Seeded seventh this week in Sydney, Jabeur came from behind in both sets to defeat Kvitova for the first time in four attempts to set up a quarter-final against Estonia’s Anett Kontaveit.

The fourth-seeded Kontaveit had a comfortable 6-3, 6-1 win over Romanian qualifier Elena-Gabriela Ruse.

In the men’s draw four of the top-five seeded players progressed without too many problems.

However, second seed Nikoloz Basilashvili of Georgia went down to former world number one Andy Murray in a marathon match that lasted three and a quarter hours.

The exciting Basilashvili hit an incredible 59 winners to Murray’s 24, but the Georgian also made 52 unforced errors, which eventually cost him the match.

Murray, who has been given a wildcard into next week’s Australian Open, said he was happy with the way his fitness held up.

“It was an unbelievably tough match — he’s hitting the ball consistently bigger than anyone on the tour,” Murray said.

“I was having to do a lot of defending, a lot of running.

“My legs stood up well, really well in the last set.”

The Australian Open starts on Monday.