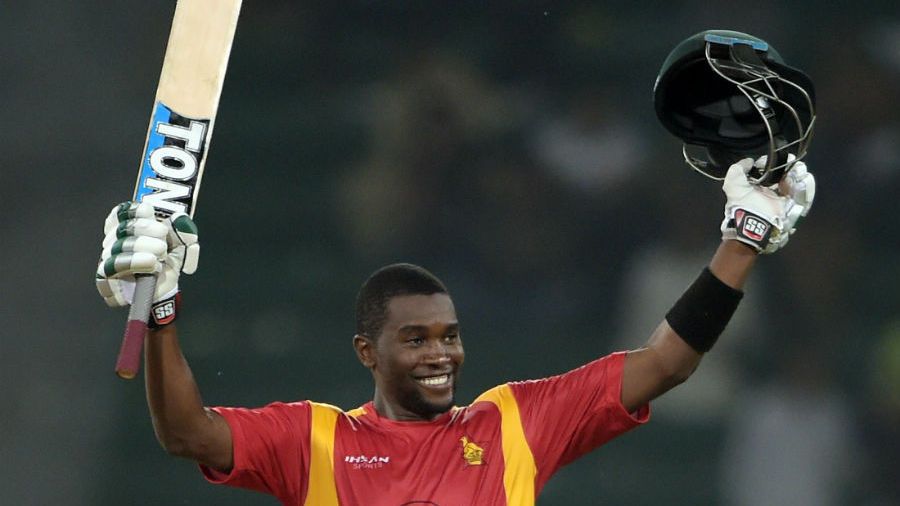 For much of the first decade of his career, Elton Chigumbura was among the first names on the Zimbabwe team sheet. Known for his power-hitting at a time when Zimbabwe lacked players with that attribute, and crucial to balancing the side thanks to his ability to bowl medium pace, Chigumbura seemed to be the full package. But, over the past five years, people’s patience with the 34-year-old, no matter how decorated his CV, has seemingly begun to run thin.

There was forensic scrutiny in Zimbabwe after Chigumbura kept his place in the side for the upcoming tour to Pakistan. For one, he’s no longer a bowler, just a middle-order batsman. And one who has scored a grand total of one half-century in ODI cricket in the past five years, and managed a T20I score higher than 35 in just one innings since May 2015.

Speaking to the media after the Zimbabwe team landed in Pakistan to play three T20Is and three ODIs, and having begun a six-day quarantine period, Chigumbura said injuries had played a part in the drop in his performance, but he was raring to go once more.

“I have struggled with my form,” he said. “I had a couple of injuries that put me away for quite some time. So it was down to my injuries I was out for almost a year, not playing international cricket. And when I came back again, I got another injury, for which I had to go and get surgery done. Right now, I’m looking forward to this series, hopefully to get back to where I was. And these wickets in Pakistan are good wickets to bat on. So hopefully I can carry on from last time when I was in Pakistan.

“I am fully fit now. I got an Achilles injury last year. When I was about to just start playing again, then the Covid-19 pandemic happened. So I’m happy to be back in the squad. Hopefully we get a chance to enjoy every moment.”

Chigumbura has reason to be optimistic about his prospects in Pakistan. When Zimbabwe became the first side to visit the country after the 2009 terror attack on the Sri Lankan team, the-then 29-year-old was the star of the visiting side. He struck a career-best 54 in the first T20I, before going on to smash a 95-ball 117, also a career high, in his only ODI innings as the visiting side posted 334 in their 50 overs. He would carry on that form, making it back-to-back hundreds by hitting an unbeaten 104 against India six weeks later. He was in the form of his life, before it all suddenly slipped away.

But when you’re around the Zimbabwe set-up for as long as he has been, you’ll likely have seen enough rough times to understand there is a way to come out of it.

We have to try and start winning games. Everyone is really focused. It’s not just the series that will determine our future – every game that you play in the [ODI] Super League is very important for the team so that we qualify for the next World Cup overseas. And we take it one game at a time, but everyone in the team is very ready and eager to go.

“It’s important that we have to play to win, not to just compete. So all those mindsets are things that we have spoken about in training and everyone is aware of what we need to do as a team and as individuals when it comes to these international games. And hopefully we start on a good note.

“I believe we can be competitive. We came here to win. Everyone, they’re willing to go out there and express themselves. Everyone is raring to go, especially after being out of cricket for almost six, seven months.”

Chigumbura insisted the absence of their head coach, Lalchand Rajput, would not have an adverse effect on the side. Rajput, a former Indian cricketer, pulled out of the tour of Pakistan after the Indian High Commission in Zimbabwe wrote to Zimbabwe Cricket requesting he be exempted from touring Pakistan. As a result, bowling coach Douglas Hondo took over full coaching duties for the tour, and Chigumbura said the side would be in regular touch with Rajput online.

“Nothing’s going to change. The same system, same system coaches that were under him are the ones that are leading the team. So all the values of the team are still the same. We’re having a meeting over a conference call and I’m sure he’ll be part of the strategy. So it’s just a matter of us as players to carry on and make sure that we implement what he always emphasised to us.”

Chigumbura said the mood in the camp this time was worlds removed from when they last visited in terms of Zimbabwe’s outlook on security in Pakistan. “Obviously it’s good to be back in Pakistan. The first time we came here five years ago, everyone was a bit scared. But I think the way they hosted us last time, we are confident that we are in safe hands and so far everyone is comfortable. And after having our first training session today, we are looking forward to the matches.”

Much has changed in Pakistan and elsewhere in the five years since Zimbabwe arrived on these shores in May 2015. But when he steps out in the middle, Chigumbura will be hoping things go back to the way they were when he last felt ball on bat in Pakistan.

More in Pakistan vs Zimbabwe