From Yuvraj Singh to Virat Kohli, Indian players who became stars after U-19 World Cup 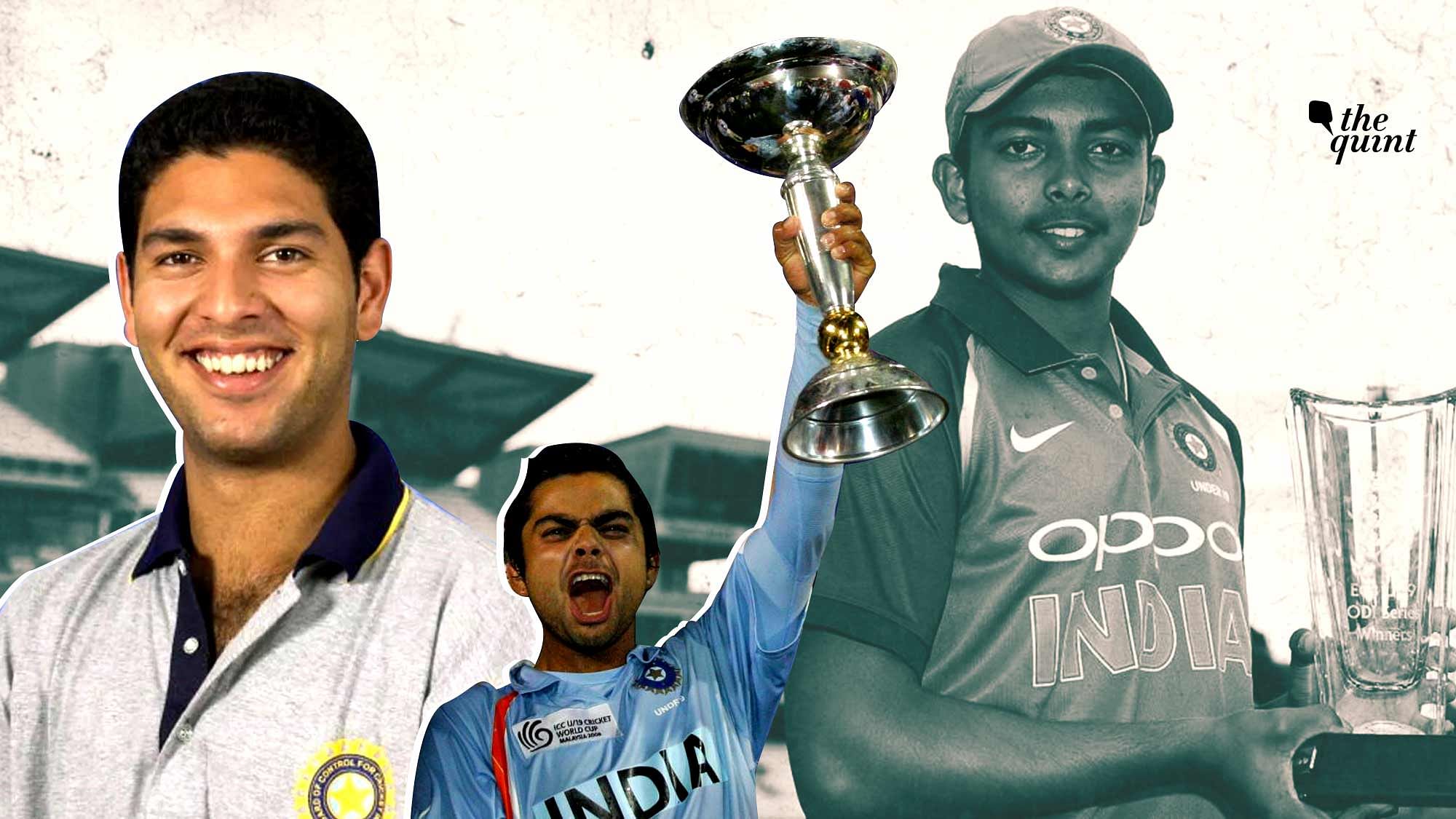 The 14th edition of the Under-19 cricket World Cup will get underway on 14 January. The tournament is being played in the Caribbean this time and India will begin their campaign on 15 January with a match against South Africa at Guyana.

The 17-member strong India squad, one of the favourites for the trophy, is being led by right-hand batter Yash Dhull. The Indian colts recently won the Asia Cup, underlining the fact that they are going to be a force to reckon with at the tournament. Match-winning performances at the World Cup have made the players stars overnight, and the Indian cricketers will be well aware of that going into the tournament. Let’s take a look at 10 Indian cricketers who became stars after impressing at U-19 World Cups:

One of India’s greatest ODI cricketers, Yuvraj Singh, was the star of the 2000 edition of the U-19 World Cup. The southpaw struck 203 runs and snared 12 wickets as India won their first U-19 World Cup, beating Sri Lanka in the final. Yuvraj was declared the Player of the Tournament. Within a few months, he would go on to make his senior debut against Kenya in the ICC Knockout Trophy.

Mohammad Kaif was part of two World Cups — in 1998 and 2000. He was India’s best player in the 1998  edition where he scored 251 runs in six matches as his team got knocked out in the Super-Eights. He was made captain for the 2000 edition as India won their first U-19 World Cup.

In the same year, Kaif made his international debut for India, against South Africa in Bengaluru Test.

Defending champions India lost to South Africa in the semi-finals of the 2002 World Cup. One of India’s best players at the tournament was Irfan Pathan who took six wickets.

The crafty seam and swing pacer didn’t take long to graduate to international cricket as he made his debut next year against Australia in Adelaide Test.

Shikhar Dhawan set the stage alight in the 2004 World Cup when he smashed 505 runs in the tournament with three centuries. India’s campaign in the tournament came to an end with agonising defeat to Pakistan in the semi-finals but the tournament is still remembered for Dhawan and his batting pyrotechnics.

It was a long wait for Dhawan to get his first India cap which came in 2010 against Australia in Visakhapatnam ODI, but since then he has gone to establish himself as one of the best Indian openers in ODIs.

Cheteshwar Pujara is considered one of the greatest modern-day Test batter but in 2006 he was the biggest star in the U-19 ODI World Cup as he smashed 349 runs, the most in the tournament.

He helped India reach the summit clash where they lost to Pakistan. In 2010, Pujara made his India debut against Australia in a Test at Bengaluru.

Before ruling international cricket as a batter and leader, Virat Kohli left a mark at the U-19 stage. Under his captaincy, India won the 2008 edition by beating South Africa in the final. The third-highest run-getter in the tournament, Kohli made 235 runs in six matches.

He made his India debut in the same year, against Sri Lanka in an ODI at Dambulla.

Another star performer for India at the 2008 World Cup was Ravindra Jadeja who snared 10 wickets. He was also part of the India squad for the 2006 World Cup. In 2008, Jadeja helped Rajasthan Royals win the inaugural season of the Indian Premier League.

He made his India debut in 2009 in an ODI at Colombo against Sri Lanka.

India’s third U-19 World Cup title win came in 2012 when they defeated Australia in the final. The star performer for the team was captain Unmukt Chand who amassed 246 runs from six matches including a century.

Sadly, he never got a chance to play for India. He recently moved to the USA after retiring from cricket in India.

The left-arm wrist-spinner, Kuldeep Yadav, was the joint second-highest wicket-taker in the 2014 edition of the U-19 World Cup with 14 scalps from six matches. India’s trophy mission ended at the quarter-finals stage but Kuldeep was undoubtedly one of the stars of the tournament.

He made his senior debut against Australia in 2017 in Dharamsala Test.

The stylish Punjab batter smashed 372 runs in six matches including a century in the 2018 edition of the tournament. His batting heroics helped India win their fifth title, beating Australia in the final.

Gill made his India debut in Hamilton ODI against New Zealand in 2019.