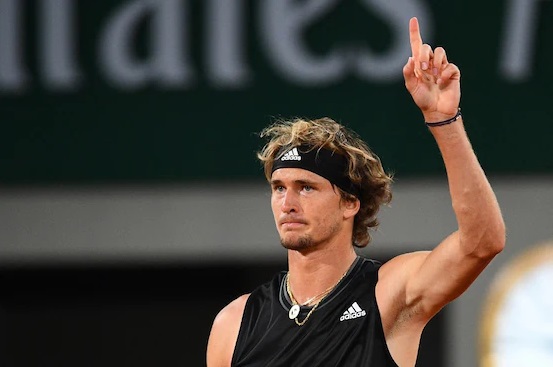 German sixth seed Alexander Zverev eased into the French Open last 16 for the fourth successive year on Friday with a straight-sets win over Serbia’s Laslo Djere. The 24-year-old, last year’s US Open runner-up, saw off the 55th-ranked Djere 6-2, 7-5, 6-2 on Court Philippe Chatrier. The comfortable nature of victory was welcome for Zverev, who had fought back from two sets down to beat unheralded compatriot Oscar Otte in round one before edging three tight sets against Russian qualifier Roman Safiullin.

“This is the main goal of my tennis career, to win Grand Slams, to reach the top of the rankings. I feel like the last year I’m on the right track again,” said Zverev, in the opposite half of the draw to Rafael Nadal, Novak Djokovic and Roger Federer.

Rain briefly hit Roland Garros on Friday, but Zverev and Djere were able to continue under the Chatrier roof.

He dragged himself out of difficulty in the second set, saving three set points at 3-5 down on Djere’s serve, but won 10 of the next 12 games.

French Open: Serena Williams Powers Into Last 16 To Boost Record Hopes
“You Are Right. They Are Wrong!” Will Smith Extends His Support To Naomi Osaka