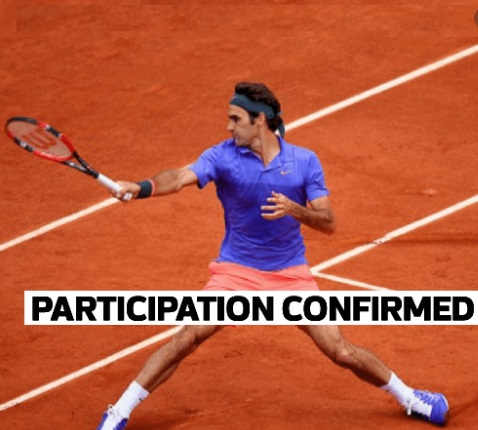 French Open: Swiss tennis maestro Roger Federer has confirmed that he would be participating in this year’s French Open.

Taking to Twitter, Federer wrote: “Hi everyone! Happy to let you know that I will play Geneva and Paris. Until then I will use the time to train. Can’t wait to play in Switzerland again.” Earlier this month, the French Open organizers had informed that in agreement with the French public authorities and the governing bodies of international tennis, the French Tennis Federation made the responsible decision to postpone the 2021 Roland-Garros tournament by one week, which will now be held from May 24 to June 13.

In his latest speech on March 31, the French President announced that a schedule to progressively get cultural and sporting events back up and running would be set up from mid-May onwards, subject to the improvement of the health situation.

In March, Federer had made his return to the tennis court, and he lost to Nikoloz Basilashvili in the quarter-finals of the Qatar Open which ended his comeback campaign after undergoing two right knee surgeries last year