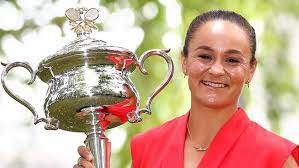 French Open: Ash Barty- Tennis Australia Former World No.1 Ash Barty’s untimely exit from the Tennis arena has boiled down heavily on Tennis Australia. They are shattered after losing unprecedented TV rights deal worth 500 million ASD that they were reliant on Barty’s wild popularity. The 25-year-old dropped a bombshell by retiring at the age of 25 after becoming the first Australian to win Australian Open since 1978.