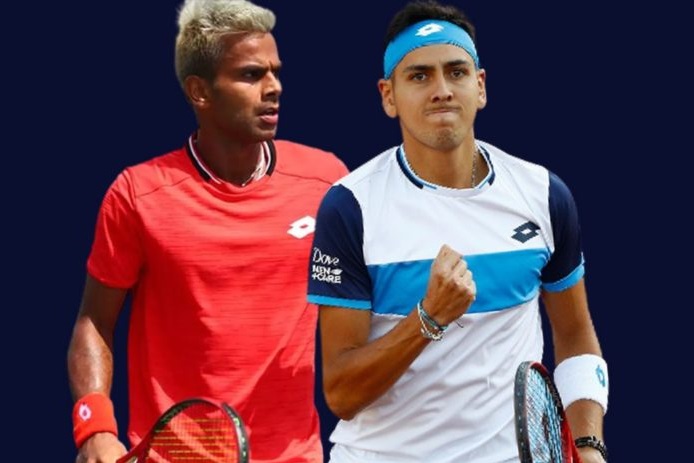 French Open 2021 Qualifiers: Sumit Nagal loses first set 3-6 against Tabilo, Follow Live Updates- After a thumping win in the first qualifiers, Sumit Nagal will be up against Chile’s Alejandro Tabilo in his second qualifier game of the French Open 2021.

Earlier, Nagal on Tuesday claimed a win against 191st ranked Roberto Marcora of Italy in the opening match of the Roland Garros. He won the match 6-3, 6-3 in his quest to progress to the next round of the Paris showpiece event. Nagal won the 2015 Wimbledon boys’ doubles title, thus becoming the sixth Indian player to win a junior Grand Slam title. He is currently the second highest-ranked Indian singles tennis player and since 2018, he has been a regular member of India’s national Davis Cup squad.French Open 2021: Sumit Nagal vs Alejandro Tabilo LIVE

On the other hand, Alejandro Tabilo defeated Matthew Ebden after being one set down in the first round of qualifiers. Tabilo lost the first set 4-6 but came back strong in the second and third one by winning the 6-3, 6-4. Tabilo has a career-high ATP singles ranking of 156 achieved on 14 September 2020, in the year of his debut in the ATP Tour and at the 2020 Australian Open. He also has a career-high ATP doubles ranking of 249 achieved on 22 February 2021, a year after his participation in the 2020 ATP Cup with the Chilean team.