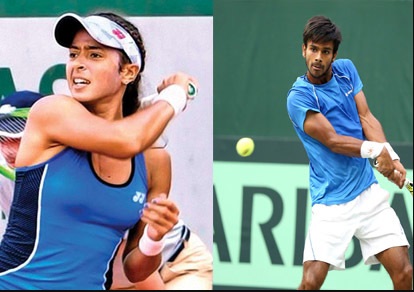 The 23-year Nagal is yet to earn a main draw berth in the Clay court Grand Slam and must make a good start against the 191st ranked Marcora.

The Jhajjar-born Indian, who competed at the Australian Open this year, has come into the tournament after playing two Challenger-level events, where he made the quarterfinals.

In the women’s singles, Ankita Raina will open her campaign against Australian veteran Anastasia Rodionova. The match will kick-off at 3.20 pm on Monday.

French Open 2021 Qualifiers: Prajnesh Gunneswaran and Ramkumar Ramanathan will also be in action on Monday

Prajnesh has not competed in the main draw of a Grand Slam since losing his first round of the 2020 Australian Open.

Prajnesh Gunneswaran and Ramkumar Ramanathan got matching rivals for their first-round clashes at French Open Qualifiers. In 2019, he had featured in all four majors in the calendar.

Ramkumar, who has failed to enter the main draw of a Grand Slam in a number of attempts, will open his campaign against American Michael Mmoh, ranked 168. His ranking has dropped considerably as the Chennai player is now placed outside the top-200, at number 215.

When, where and how to watch Sumit Nagal, Prajnesh Gunneswaran and Ramkumar Ramanathan and Ankita Raina LIVE in French Open 2021 Qualifiers?

Catch all the LIVE action on Star Sports Select and its OTT-platform Hotstar.

You can also follow us for all the coverage of the French Open 2021.