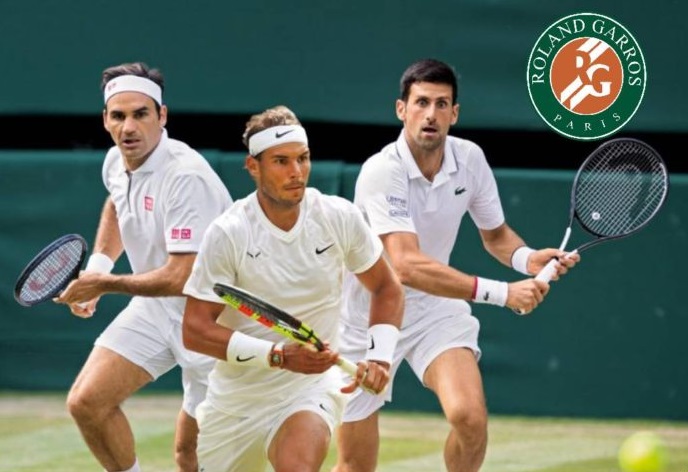 French Open 2021 Day 5 Results: Federer, Djokovic sails in to round 3; Rafael Nadal in action tonight- In a mouthwatering day 5 of French Open, World No.1 Novak Djokovic progressed into the third round after a dominant straight win against Pablo Cuevas. Roger Federer on the other hand face a stiff challenge but outclassed Marin Cilic in a thrilling 4-set contest. Rafael Nadal is the third big match of the day. The Spaniard will turn 35 today and will celebrate his birthday on court as he is scheduled to play Richard Gasquet of France in the night match.

Meanwhile, World No.1 Ash Barty pulled out of the tournament after a hip injury.

Roger Federer showcased his fighting spirit against Marin Cilic in his biggest win since coming back from a 13-month injury lay-off. Competing in just his fifth match since returning to action back in March, Federer was coming up against arguably his toughest match.

Federer was on top of his game for the most part of the match expect the 2nd set wherein he had a heated argument with the chair umpire after he was given a time violation. The 20-time Grand Slam champion closed out the mach 6-2, 2-6, 7-5 (4), 6-2 in 2 hours and 35 minutes.

World number one Novak Djokovic continued his bid for a 19th Grand Slam title with a straight-sets win over Uruguay’s Pablo Cuevas to reach the French Open third round on Thursday. The 34-year-old, who is looking to become the first man in more than 50 years to win all four Slams multiple times, won 6-3, 6-2, 6-4 on Court Suzanne Lenglen.

Defending champion Rafael Nadal turns 35 years old on Thursday. However, Nadal will take an empty court on Thursday as the fans are not permitted past 9 pm at the stands at French Open, which has witnessed two COVID-19 positive players in the last 24 hours.

King of Clay ‘Nadal’ will be celebrating his birthday by facing Richard Gasquet, his first rival whom he encountered when he was just 12. Since then, Nadal has gone strength to strength and now matches Swiss legend Roger Federer in Grand Slam records.

When it comes to head-to-head battle, he leads the chart 16-0. It also includes a couple of wins in French Open in 2005 and 2018. He is expected to dominate the game as ever and advance to the third round.

The 13-time French Open champion is bidding for a 14th French Open title and record 21st Grand Slam to overtake Federer. He has now won 26 sets in a row in French Open. The Spaniard reached the second round of the French Open by outclassing Australia’s Alexei Popyrin.

“I don’t have many French Opens left to play so I want to make the most of it,” said Gasquet, who made his debut at Roland Garros in 2002.

Meanwhile, Roger Federer and Novak Djokovic will also be in action on Thursday. While Federer is in fray for the 21st Grand Slam title, Djokovic is looking to become the first man on in more than half a century to win all the four Grand Slams twice.

Switzerland’s Roger Federer will cross swords with Croatia’s Marin Cilic in the second-round match at the French Open 2021 on Thursday. Tennis legend Federer has started off in style at Roland Garros with wins in straight sets (6-2, 6-4, 6-3) against Uzbekistan’s Denis Istomin in the first round of the French Open. On the other hand, Marin Cilic is not in the ideal shape that he would want to be ahead of a big match like this but he has beaten the Swiss maestro in the past. He could use his experience in their meeting. He defeated Rinderknech 78-66 6-1 6-2 in the first round.