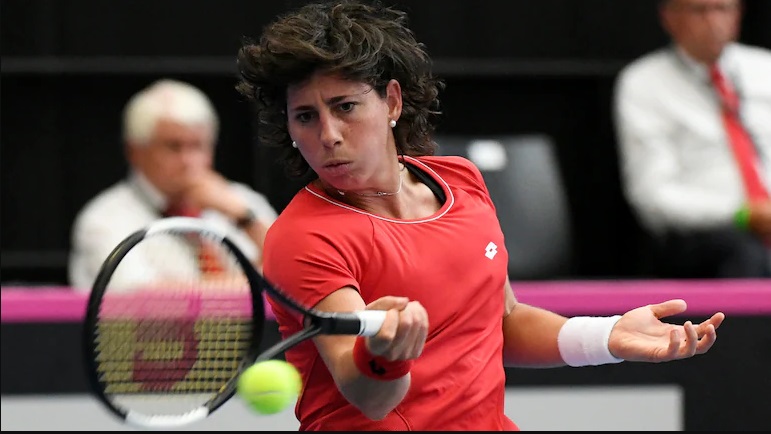 Carla Suarez Navarro, a former world number six tennis player, will participate in the French Open, which starts on Sunday.

The 32-year-old Spaniard, diagnosed with early-stage Hodgkin’s lymphoma in September last year, has been cured of cancer after she went through six months of chemotherapy.

Suarez Navarro, who is currently ranked 118th in the world, returned to practice in December and said last month she had completed her treatment and was cured.

“It makes me tremendously excited to be able to participate in Roland Garros,” she said on the website of the Spanish tennis federation.

“I have been working these last few months to give myself the opportunity to compete one last time in Paris.

“I am looking forward to jumping on to the court and feeling again how special this tournament has always been for me.”

The two-time French Open quarter-finalist, known for one of the best backhands in the women’s circuit, had planned to compete at last year’s US Open but withdrew a week before the Grand Slam was to begin.

She revealed her diagnosis a week later, saying doctors told her she had a small, curable lymphoma that was detected at an early stage.

“Tennis has given me many things, and I have always wanted to say goodbye on a court,” she said.”Roland Garros has given me some of the best moments of my career. My first great result was produced on these courts, I have very good memories after all these years and it is a joy to be able to come for the last time to compete in Paris.