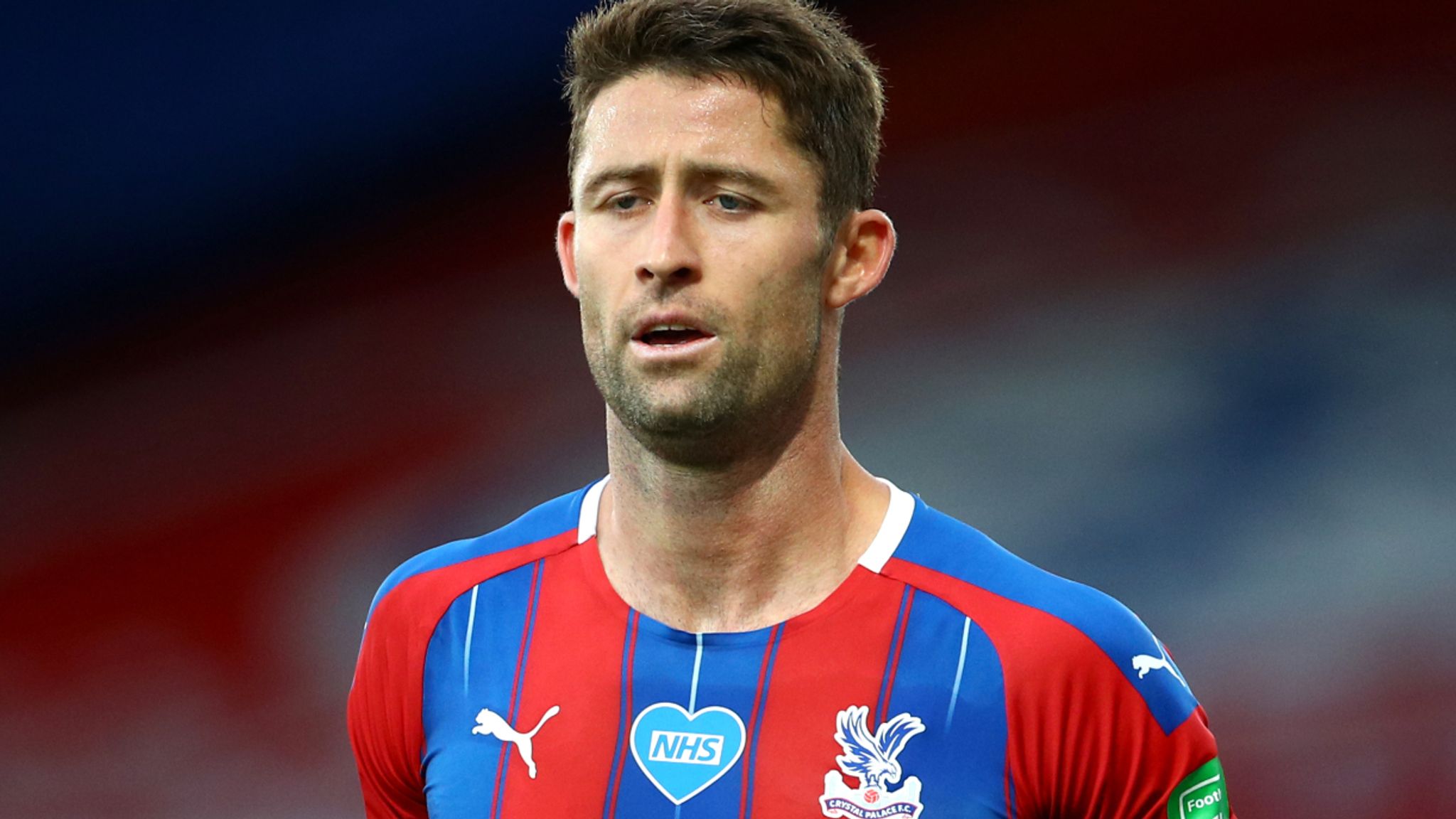 Former England defender Gary Cahill announced on Sunday that he had left Crystal Palace after two seasons at the Premier League club.

The 35-year-old centre back played 47 games in all competitions for Palace since joining the club on a two-year contract in August 2019 as a free agent after being released by Chelsea.

“After much thought and deliberation, I can confirm that I have left Crystal Palace FC after an enjoyable two years,” Cahill tweeted. 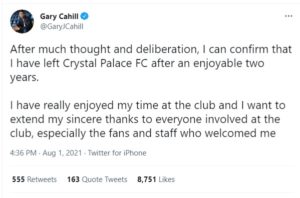 “It’s been a privilege to play at Selhurst Park, especially in that first season where I got to experience the atmosphere that the Eagles fans create on a match day.”

Cahill did not indicate what his future plans were.