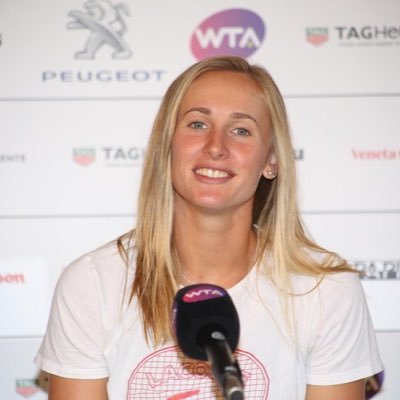 Former champion Jil Teichmann was forced to pull out of the Palermo Ladies Open on Wednesday because of injury.

The third-seeded Teichmann, who won the title in 2019, had to withdraw shortly before the start of her second round match against Elena Gabriela Ruse because of a left thigh problem.

Ruse of Romania will face home favorite Lucia Bronzetti in the quarterfinals after the Italian beat Grace Min of the United States 6-3, 6-1.

Another Romanian is also through to the quarterfinals after Jaqueline Cristian defeated Chinese qualifier Zheng Qinwen 6-1, 6-4.

Cristian next plays sixth-seeded Oceane Dodin of France after she survived a scare to beat Russian veteran Vitalia Diatchenko 7-6 (7), 6-4.

Dodin had to save a set point and also come back from 4-2 down in the second set.