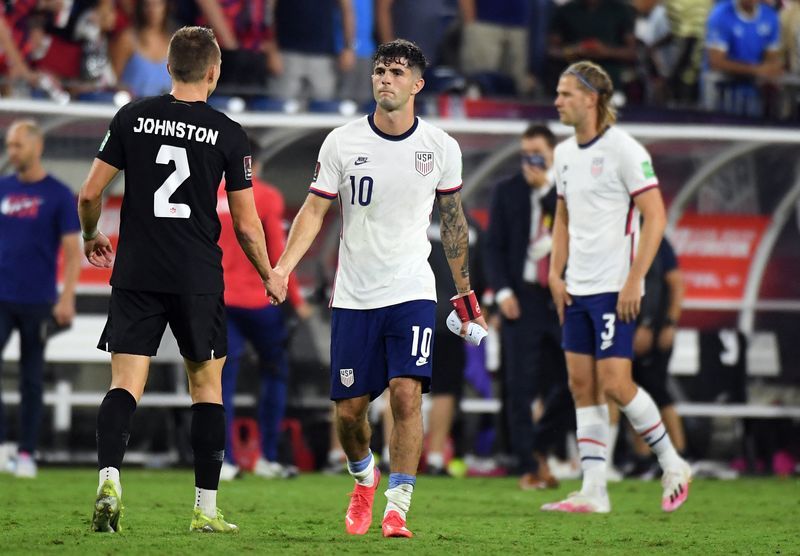 The U.S. men’s national team will be taking it one game at a time as it prepares for a trio of World Cup qualifying matches and will not let a tantalising encounter with Canada distract it from its next outing against El Salvador.

The USMNT, which is second in the CONCACAF standings behind Canada, hosts El Salvador on Thursday in Columbus. It then travels north to face Canada three days later before returning home to meet Honduras in St. Paul on February 2.

El Salvador and Honduras are seventh and eighth in the eight-nation group. The USMNT was forced to settle for a 1-1 draw with Canada in Nashville in September despite dominating possession.

“As always, the mentality coming into camp is the game-by-game mentality. You can’t look too far forward because that can ultimately become a distraction,” midfielder and team captain Tyler Adams told reporters on a call.

“But we know that Canada is a super important game. We would have liked to get three points when we played them at home, but now we look to improve on that performance. We’re going to watch and cut a lot of video from our games but we know that they have a strong team.”

Forward Gyasi Zardes echoed Adams, saying the team is fully focused on El Salvador, with which it drew 0-0 in San Salvador in September. “We’re not thinking about any other opponent. Our main opponent is El Salvador. We’re only thinking about this next game,” he said.

With six matches remaining, the USMNT is in second place with 15 points after four wins, three draws and one loss. The top three teams in the group will earn automatic qualification for the World Cup in Qatar in November and December.