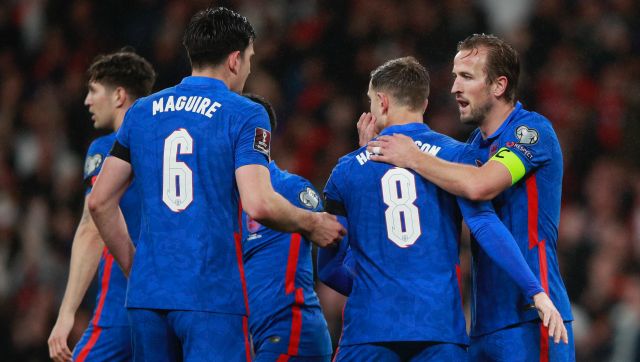 Split: Croatia secured their place at the 2022 FIFA World Cup with a 1-0 win over Russia on Sunday, a late own goal from Fedor Kudryashov swinging the game in their favour after a hard-fought battle in boggy conditions in Split.

Finalists at the last World Cup in 2018, Croatia looked bound for the play-offs for much of Sunday’s game, as they toiled on a waterlogged pitch against a resolute Russian defence.

But Kudryashov’s error saw them snatch top spot from the visitors eight minutes from time and secure their passage to next year’s tournament in Qatar.

An early header from Andrej Kramaric set the tone for a first half in which Croatia had the lion’s share of possession and piled on the pressure in search of an opener.

Marcelo Brozovic also shaved the bar with a long-range effort, before both he and Josip Juranovic forced saves from Russian keeper Matvey Safonov.

Safonov beat away another Kramaric header with a reflex save just after the break, before denying substitute Bruno Petkovic on the hour mark.

The conditions made it harder and harder for Croatia as the second half progressed, with the pitch becoming ever more boggy under the heavy rain.

The chances had all but dried up when Borna Sosa sent a hopeful ball into the box on 82 minutes.

Though under no pressure, Kudryashov struggled to control the ball as it skidded on the wet ground, and watched helplessly on as it bounced off his knee and inside the post.

While Croatia qualify automatically as Group H winners, Russia can still make it through via the play-offs.