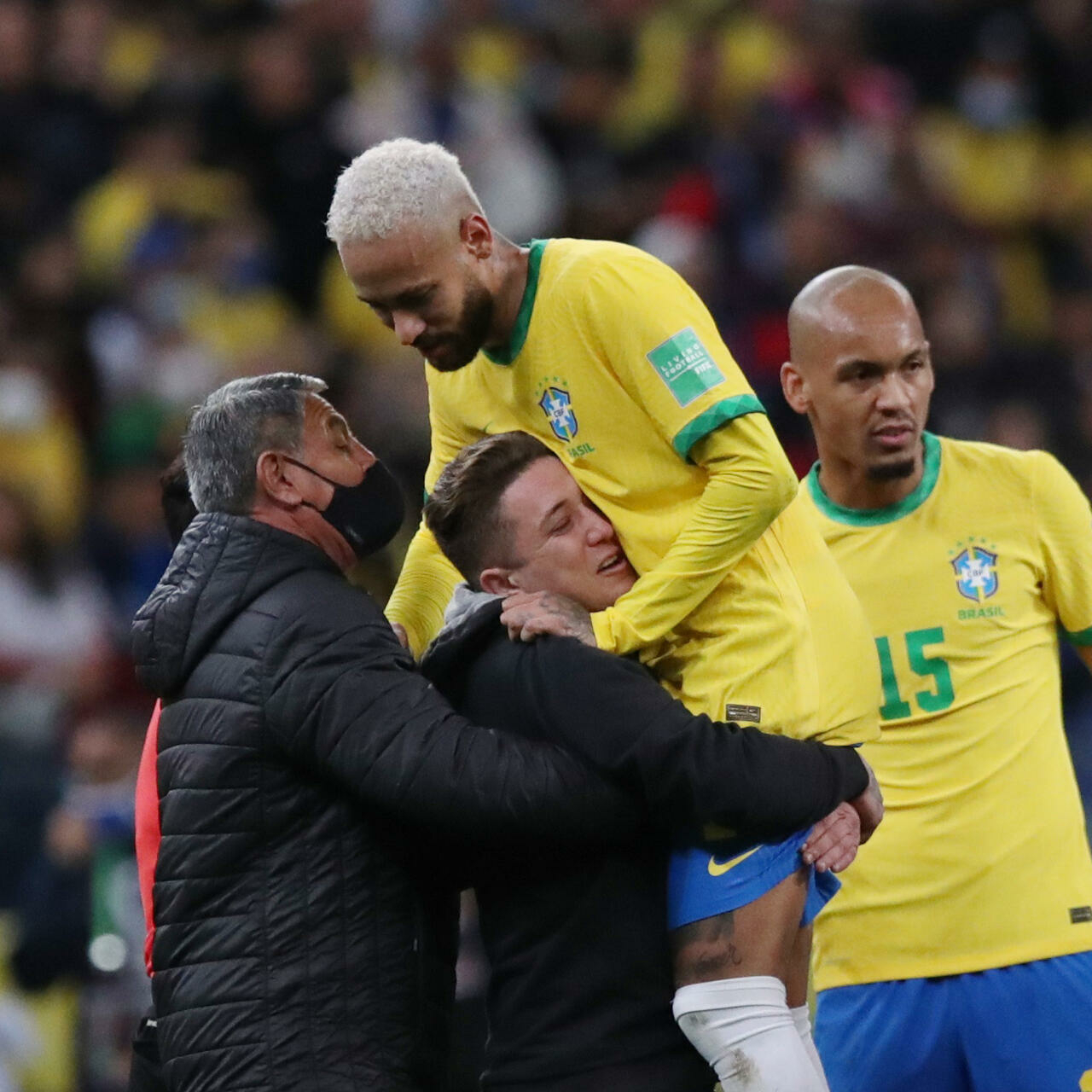 The five-time world champions join the hosts and Europeans Germany and Denmark as early qualifiers for next year’s finals.

The have produced a near perfect qualifying campaign, winning 11 of 12 matches — their only blemish a goalless draw in Colombia last month — to qualify with six games to spare.

“This is the fruit of the work we’ve been building for some time,” said the match-winner.

“Now I have to keep working hard to find my space” in the World Cup squad, he added.

Brazil were made to graft as Colombia had the better of the first half, but an attacking tactical switch from coach Tite at half-time paid dividends as the Selecao dominated after the break.

Colombia’s defeat saw them drop out of the four automatic qualifying positions in the single South American group as Chile overtook them after a third successive win, 1-0 away to Paraguay.

Wilmar Barrios had the first chance of the match, lashing a half volley narrowly over the bar as Colombia made a bright start.

A typically muscular run into the box by Duvan Zapata saw him get off a shot that flashed past the post.

Colombia were proving tough opponents and creating the clearer chances.

William Tesillo should have done much better at the back post when picked out by Juan Cuadrado’s deep cross but headed into a crowd of players.

Brazil struggled to create any notable chances with Paqueta’s shot from outside the box easily gathered by David Ospina and Neymar’s free-kick blocked by the wall.

Colombia were always dangerous on the break and Luis Diaz whipped an effort from outside the box narrowly wide, but their failure to test Alisson Becker in the Brazil goal was indicative of a team that came into the match on the back of three successive goalless draws.

Brazil were unable to get behind Colombia’s organised defense and a deflected cross from full-back Danilo that hit the side-netting was as close as they came until Marquinhos headed inches off target from a corner in first half stoppage time.

Tite was unimpressed with what he saw in the first half and hooked much-maligned Manchester United midfielder Fred for Real Madrid’s exciting winger Vinicius Junior.

They were on the front foot with Gabriel Jesus, who hasn’t scored for Brazil in 17 matches, testing Ospina with a low effort, before the goalkeeper then tipped a Neymar free-kick around the post.

Brazil were turning the screw and substitute Matheus Cunha should have done better with a header from eight yards that he sent over.

When the goal came on 72 minutes it was beautifully orchestrated as Marquinhos fired a pass from halfway into Neymar, whose first-time ball found Paqueta to hit an instant shot under pressure from two defenders that seemed to catch out Ospina.

Vinicius should have sealed the win two minutes from time but stumbled as he rounded Ospina, who also saved from Antony, another substitute, in injury time.

A month ago, Chile’s hopes of reaching Qatar appeared in tatters after a 2-0 defeat to Peru, but three straight wins have resurrected their chances.

An own goal from goalkeeper Antony Silva on 56 minutes gave them a 1-0 victory away to Paraguay, who they also beat last month to start their fine run.

It was a third straight defeat and fourth match in a row without a goal for Paraguay, who last month replaced coach Eduardo Berizzo with Guillermo Schelotto, and whose hopes are rapidly fading.

Peru boosted their qualification chances as goals from Gianluca Lapadula, Christian Cueva and Sergio Pina gave them a 3-0 win over Bolivia to move two points behind Chile.

Defender Piero Hincapie scored the only goal of the game on 41 minutes to give Ecuador a 1-0 win over rock-bottom Venezuela and cement their grip on third place.