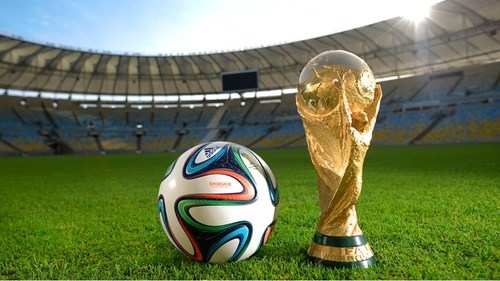 Lausanne: FIFA on Thursday held a summit with over 200 national football federations as it seeks to gather support for plans to stage the World Cup every two years despite muscular opposition from Europe.

Officially the summit, which was held online, was to discuss the international calendar for both men’s and women’s football beyond 2024 and world football’s governing body insists all scenarios remain open.

However, in recent weeks FIFA has been actively pushing the idea of a biennial World Cup, rather than staging the competition every four years.

The idea has been floated before, by former FIFA president Sepp Blatter in 1999, and it was refloated earlier this year by Arsene Wenger in the ex-Arsenal manager’s current role as FIFA’s Chief of Global Football Development.

It is an incendiary topic given all the various interests at stake, between clubs and national teams, domestic leagues and international competitions.

The powerhouses of European football such as Germany and England have been openly hostile to the proposal and criticism has also come from representatives of domestic leagues the world over, from players and from supporters.

Wenger has suggested holding a major international tournament every year, alternating between World Cups and continental events like the European Championship and the Copa America.

Space would be created, he claims, by staging all qualifying matches in October, or October and March, rather than spacing them out across the year.

Each national federation has one vote in the FIFA Congress, regardless of its size, and the perspective of increased revenues created by more regular World Cups could be enough to seduce many in Africa, Asia or Oceania.

However FIFA and its president Gianni Infantino are not solely relying on them. They recently summoned a host of former players and coaches, so-called “legends” who are paid as ambassadors, to Doha to promote the project, including former Manchester United goalkeeper Peter Schmeichel.

FIFA this month released the results of an online feasibility study involving 15,000 football fans. It claimed 55 percent were in favour of more frequent World Cups than the current four-year cycle.

But the battle lines are being drawn, and the opposition to FIFA’s plans is being led by UEFA and Conmebol, the confederations of European and South American football, alongside representatives of leagues around the world and leading European clubs.

They have all hit out at the lack of consultation, given the extent to which a World Cup every two years would disrupt their own calendars while forcing clubs to release players for international duty even more often than is already the case.

Concerns have been raised about the physical and mental health of players, with global players’ union FIFPro pointing out the “natural physiological limits” of footballers.

The European Club Association (ECA) described the plans as “destructive”.

Those who oppose the idea are convinced that holding the World Cup every two years would dilute its value.

Numerous supporters’ associations across the globe have also underlined the difficulty of following a major international competition every year.

After Thursday’s meeting, FIFA said a comprehensive report on the game’s future complexion would be published in November with “a global summit to be staged before the end of the year”.

The ECA has accused FIFA of being in “direct and unilateral breach of certain obligations”, referring to an agreement, the so-called memorandum of understanding, that is currently in place until 2024 and includes “joint approval” on the international calendar.

The 247 clubs represented by the ECA have another potential ace up their sleeves too: They are the employers of many of the players involved in major international tournaments and could simply refuse to release them.