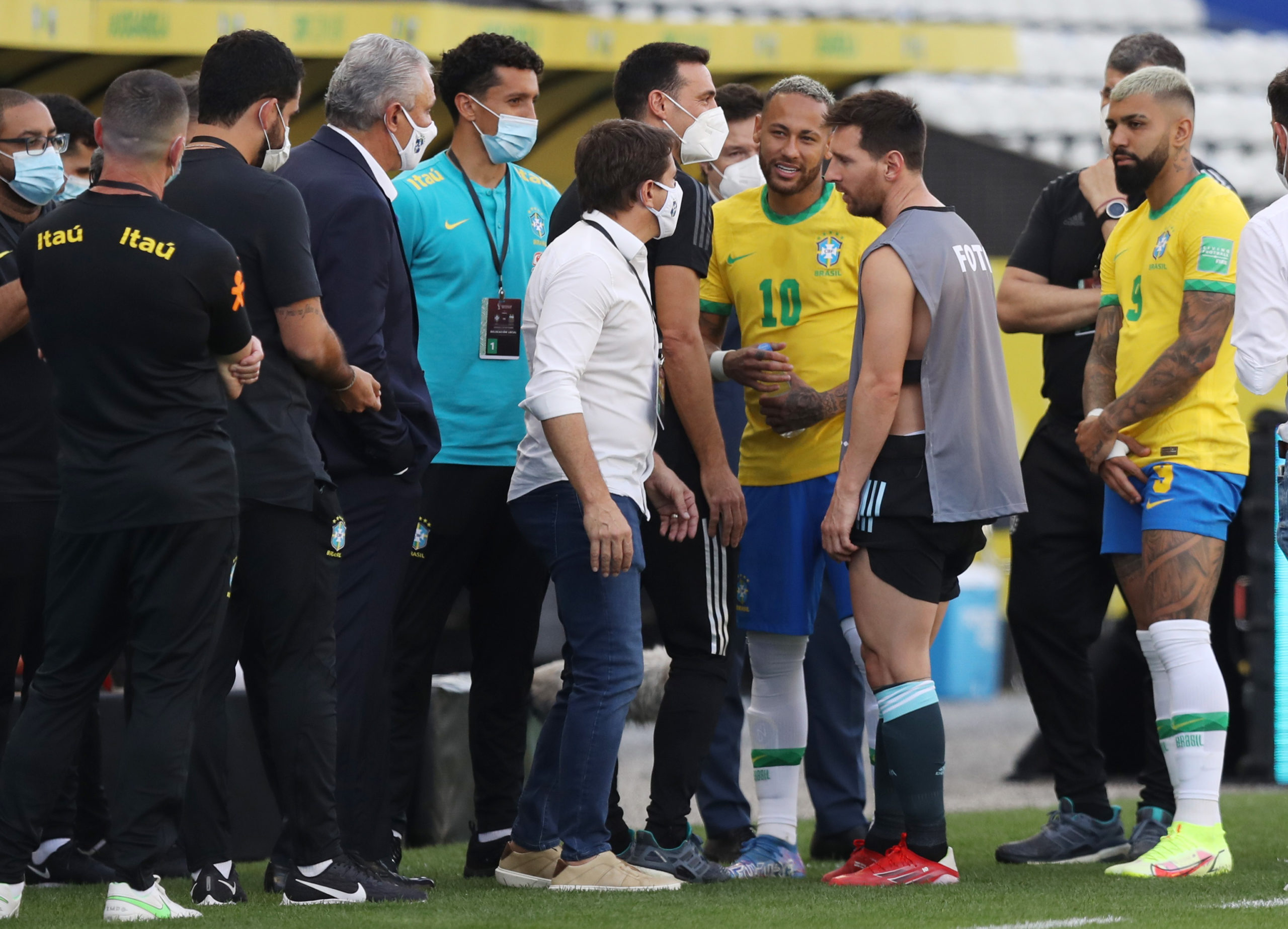 “Following the analysis of the official match reports related to the FIFA World Cup qualifier match between Brazil and Argentina, FIFA can confirm that disciplinary proceedings have been opened involving both member associations,” FIFA said on Tuesday.

“The two teams were asked to provide further information on the facts that led to the suspension of the match, which will be gathered and then thoroughly reviewed by FIFA’s Disciplinary Committee,” it added.

Anvisa said Brazilian rules make clear that travellers who have been in the UK, South Africa or India during the previous 14 days are forbidden from entering the country unless they are Brazilian citizens or have permanent residency.

It said Argentine players had made false statements about their previous whereabouts on immigration forms.

Brazil’s Federal Police said on Monday they had opened a formal inquiry into the actions of the Argentine players who, a spokesperson said, were deported.

Argentina’s Aston Villa midfielder Emiliano Buendia had also travelled from the UK and was in the stands.