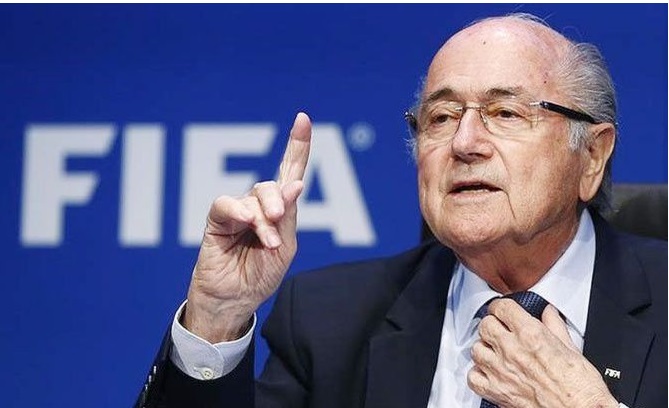 FIFA banned its former president Sepp Blatter until 2028 on Wednesday after handing him a new suspension of six years and eight months for receiving huge bonuses.

The new bans will only come into force when the current bans on Blatter and Valcke for corruption, which last till October this year and October 2025, end.

Blatter, who is 85, received 23 million Swiss francs in “extraordinary bonuses” linked to the 2010 World Cup in South Africa and the 2014 World Cup in Brazil as well as the Confederations Cup tournament in Brazil that preceded it, the Ethics Committee said in a summary of its decision.

Valcke, the 60-year-old Frenchman who was Blatter’s right-hand man during his 17-year reign at the head of football’s world governing body, received 30 million Swiss francs in bonuses over the same period, the committee said.

The former sports journalist was initially banned for 12 years but it was reduced to 10 years on appeal. He is now banned until 2032.

FIFA said Blatter and Valcke had violated the Code of Ethics by “offering and accepting gifts or other benefits” and through “abuse of position”.

It said in a statement: “The investigations into Messrs Blatter and Valcke covered various charges, in particular concerning bonus payments in relation to FIFA competitions that were paid to top FIFA management officials, various amendments and extensions of employment contracts, as well as reimbursement by FIFA of private legal costs in the case of Mr Valcke.”

Blatter described this latest punishment as a “blow behind the neck, painful and incomprehensible”.

“The ethics commission, in its current form, is nothing like an independent body,” he told AFP from a Swiss clinic where he is convalescing after two months in hospital.

“It is nothing more than the armed wing of the FIFA president and little more than a parody of justice,” said Blatter, who has become a fierce critic of his successor as FIFA president, Gianni Infantino.

Blatter and Valcke can appeal these latest sanctions at the Court of Arbitration for Sport.

Blatter was forced to stand down as FIFA chief in 2015 and was originally banned by FIFA for eight years, later reduced to six, over ethics breaches when he was found to have authorised a two-million-euro “disloyal payment” to former UEFA president Michel Platini.

Blatter and Platini are both the centre of a Swiss prosecution case and face accusations of “disloyal management”, “breach of trust” and “fraud” over the payment, with the possibility of a five-year jail sentence if found guilty.