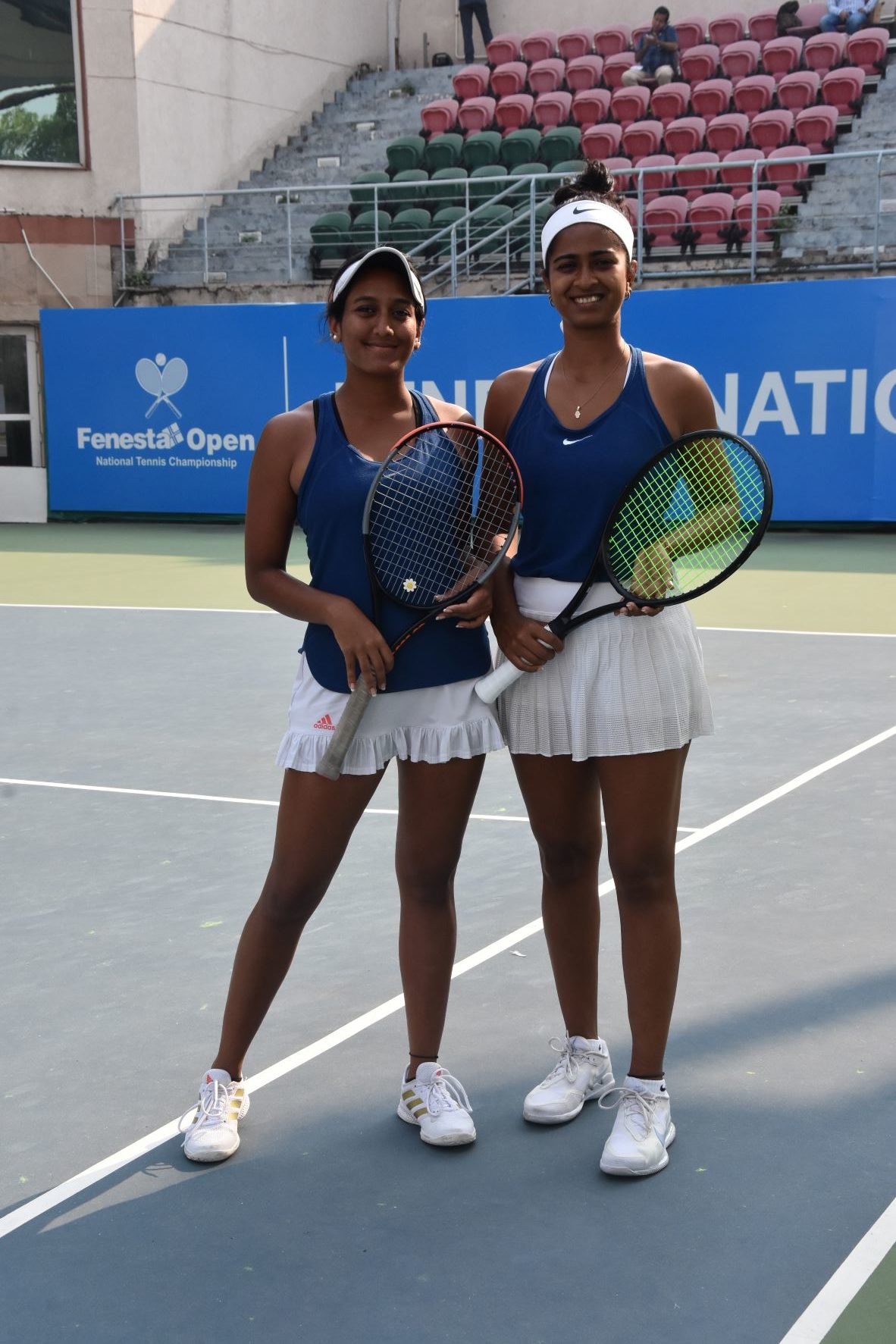 Sharmada Balu continued with her fairytale run in the Fenesta Open National tennis championship. From the hard grind of qualifiers to quelling the challenge from higher seeded players, she has made it a habit in the last 10 days of showing her hunger.

On Friday, Sharmada was in the zone as she outgunned second seed Vaidehi Chaudhari 6-4, 6-3 in the women’s singles semi-finals. Her opponent in Saturday’s final will be top seed Zeel Desai. Zeel showed zeal in getting past Samhitha Sai Chamarthi 6-2, 6-2.

There is no doubting this edition of the Fenesta Open has been about Sharmada showing the willingness to grind it out first in the qualifiers and then show she has strength and stamina to go the full distance.

Her shot-making, court craft and temperament stood out as she defeated Vaidehi. “I think I played really good today. My opponent was no pushover but my game was in place. I am happy to pull off this win and give it my best shot in the final on Saturday,” said Sharmada

Zeel Desai was also in comfort zone against Samhitha, as she dropped just four games in her semi-final win. The experience of playing in Europe and getting used to the conditions at the DLTA courts was not tough for her this week.

“Today I was playing a senior opponent so I had to play a much more mature game. She was more experienced than me, so I played mature and I was patient on the court. I went through it and am looking forward to the final,” said Zeel.

The men’s singles final will be contested by Nikki K Poonacha and Digvijay Pratap Singh. Digvijay dug deep into his reserves and showed he is the man in form this week.

He had a couple of good wins under his belt. On Friday, against seasoned campaigner Nitin Kumar Sinha, the third seed, Digivijay showed variety and vibrance as he outslugged Nitin 6-1, 5-7, 7-5. The long match was a test of skills, patience and energy levels as well.

“It was again a long grind today like yesterday’s match. I won the first set easy but then I struggled to finish it in the second. But just like before, I managed to keep my calm and finally managed to get the win,” said a modest Digvijay Pratap Singh.

In the second semi-final, Nikki K Poonacha also needed to bring his best game into play against Paras Dahiya for a win in three sets. Nikki won 6-1, 5-7, 7-5 in a match where both the players showed tenacity and good temperament.

“It was a tough game, I was up 5-4 in the second set but I couldn’t use my serve well I think and I lost the game. Even in the second set tiebreaker I had some challenges, but missed. My focus was on the third set, so I started good and I kept increasing the pressure. From there on, it was easy,” said Nikki

In the Women’s Doubles final, Sharmada Balu/ Sravya Shivani Chilakalapudi (seed 3) beat Vaidehi Chaudhari/ Mihika Yadav 6-2, 6-3. “We are super excited, it’s our first nationals together. We played a good match today and we pulled through, we coordinated well and gave it our best and it worked out. We are extremely excited and it’s Fenesta, one of the favourite tournaments of the year,” said Sharmada Balu and Sravya Shivani Chilakalapudi.

In the Men’s Doubles final, Prajwal S D Dev/ Nikki K Poonacha (seed 1) beat Chandril Sood/ Lakshit Sood 6-2, 7-6(3). “It was a good game, we were in control most of the times, we were up 6-2, 3-0 and then it came 3 all and then we went down 6-5 , we had to pull it back and we played a very solid tie break, so happy for the win and winning the nationals is a big thing. Even they played too good tennis. Thanks to Fenesta for everything,” said Prajwal S D Dev and Nikki K Poonacha.