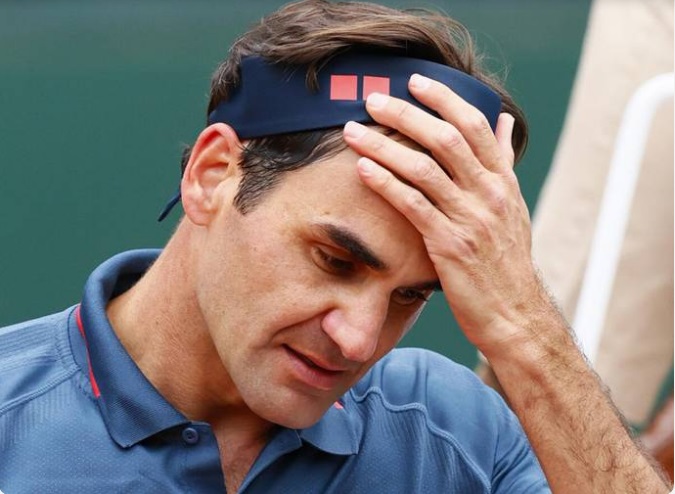 Roger Federer said it was time to go back to the drawing board after the Swiss tennis great lost the first match of his comeback-proper in Geneva on Tuesday. In his first outing for two months, the 39-year-old lost 6-4, 4-6, 6-4 to Spanish clay court specialist Pablo Andujar to wreck his hopes of stringing a run of matches together ahead of a series of tournaments that includes the French Open, Wimbledon and the Tokyo Olympics. Federer tentatively returned to the courts in Doha in March, having been out for more than a year following two knee surgeries, winning his first match before losing his second.

The 20-time Grand Slam champion was hoping to find some form on the Geneva clay but tumbled at the first hurdle in his first defeat on home soil in seven and a half years.”I know my limitations at the moment,” Federer told reporters.

“People expect a lot from me and I have high expectations for myself. So when I walk out of a match and feel I could have played so much better, it feels strange and it’s disappointing.”This is the process I need to go through. I can’t get too down on myself.

“I need to go back to the drawing board and talk to the team and say ‘what’s the plan here for the next 10 days?’.

“What did they see from the outside that maybe I didn’t see and feel? There’s going to be a lot of conversations.”

The French Open starts on May 30, but Federer said anyone who thought he could challenge for the clay court Grand Slam title was simply “wrong”.

Federer, who holds a record eight Wimbledon titles, said: “Really, the season starts on the grass.”

The world number eight waved to the few dozen masked spectators dotted around the Eaux-Vives centre court, with the attendance limited due to local coronavirus restrictions.

Fans gathered in the woods outside the tennis club for a glimpse of Federer through the fence.

The top seed seemed at ease in his movement but took a bit of time to get into his groove against the world number 75, who has four clay court titles to his name.

Federer got only 40 percent of his first serves in during the first set, which he lost by overhitting a second serve.In the second set, Federer won his first service game to love then broke for a 2-1 lead.

He began to show flashes of the old magic, throwing in occasional backhand drop shots.He overhit his first set point but made no mistake with the second.

Federer broke to go 2-1 up in the second set, drawing Andujar to the net and beating him with a backhand passing shot.

Andujar broke back to make it 4-4 and held serve to leave Federer serving to stay in the match.

Andujar had two match points but Federer pulled it back to deuce before misfiring to hand his opponent victory.

Federer shook his head as he walked to the net, while Andujar, 35, looked like he could not believe what he had pulled off, in what was remarkably their first match despite the Spaniard having turned professional in 2003.

Former world number one Federer went into the contest with a 32-match winning streak on home soil.

His most recent loss in Switzerland came in October 2013 in the Swiss Indoors Basel final against Juan Martin del Potro.

Andujar will face either Marton Fucsovics, the 2018 Geneva winner, or Swiss teenager Dominic Stricker, the 2020 French Open boys’ champion, in the quarter-finals.