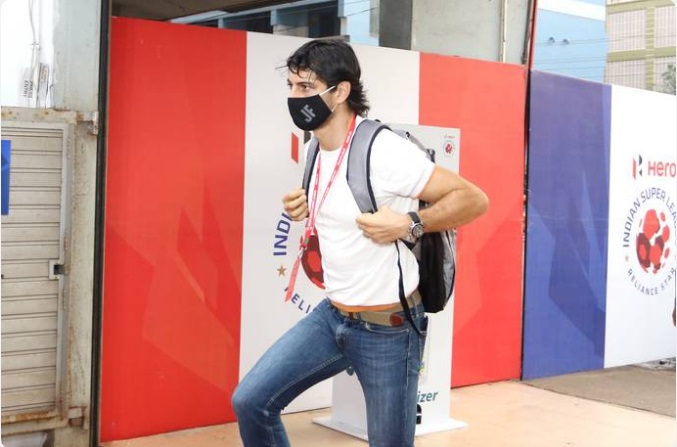 Indian Super League (ISL) side FC Goa on Thursday allowed its foreign staffers, including Spanish head coach Juan Ferrando and some footballers, to leave the country ahead of its last AFC Champions League match in view of the restrictions being imposed on flights from India globally. As India grapples with the second wave of the COVID-19 pandemic, several countries, including Australia, Italy, and Germany, have imposed travel bans on India. The club said that it was a “pre-emptive measure in view of recent policies being taken by European and other countries in regards to travelers from India.”

“FC Goa would like to inform that the club’s foreign contingent including the Head Coach and foreign staff have been advised to travel back home immediately,” a club statement read.

“This comes as a pre-emptive measure in view of recent policies being taken by European and other countries in regards to travelers from India as the nation battles the second wave of COVID-19 which has engulfed the country,” it added.

FC Goa, the first side from the country to feature in the continental club competition, is scheduled to play their last group match against Abu Dhabi-based club Al Wahda later on Thursday.

“While the AFC Champions League remains an important competition for FC Goa, the club management felt that the well being of the players to be its first and foremost responsibility. We will continue to ensure the same in the days to come,” the statement said.

Apart from Spaniard Ferrando, the FC Goa set up includes the Spanish trio of Ivan Gonzalez, Edu Bedia and Jorge Ortiz, and James Donachie of Australia.

FC Goa has so far drawn three games and has lost their two matches against Iranian giants Persepolis.

With three points from five matches, the ISL side is not in contention of a Round of 16 berths from the group.

The spike in cases has affected the ongoing Indian Premier League as well with a few players, including off-spinner Ravichandran Ashwin and Australians Andrew Tye, Adam Zampa, and Kane Richardson, pulling out of the tournament midway.